Cape York NRM is partnering with Northern Gulf Resource Management Group to facilitate opportunities for Australian Indigenous people to showcase and share their cultural fire knowledge, establish a network of Indigenous fire practitioners and protect the habitat of threatened species.

In May, Northern Gulf RMG coordinated an on- country fire workshop at Talaroo Station in the northern Gulf area. The three - day event was hosted by the Ewamian Aboriginal Corporation.

Around 40 people attended the workshop including Traditional Owner groups, Queensland Parks and Wildlife Service, James Cook University, and the Department of Environment and Science.

‘Working with Aboriginal and Torres Strait
Islander Rangers and other land managers on the appropriate use of fire will increase knowledge, skills and capacity and increase people’s capacity to address key threats to golden-shouldered parrots across their country.’ 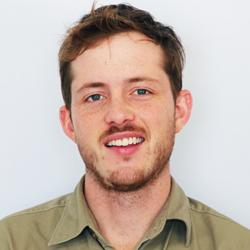