Adult cassowaries are notable for their glossy black plumage, long drooping red wattles and the tall brown helmet or ‘casque’ on the head.

The role of the ‘helmet’ is not fully understood. It may allow cassowaries to better push through dense forest, help them hear the low drumming sounds made by other cassowaries, and be a sign of dominance and age, as the helmet continues to grow throughout the bird’s life.

Each leg features three strong, sharp toes. The inner toe possesses a long dagger shaped claw that is used for scratching about the forest floor, fighting, and defence.

Cassowaries live largely within rainforests, but often move through mangrove, paperbark, and other adjacent country. They feed largely on fruit, but also fungi, insects, and other small animals.

Where are Cassowaries found?

Cassowaries are found across the landscape from the coastal littoral rainforest and lowland gallery rainforest to the inland highland rainforest. Other habitats such as beaches, mangroves, Melaleuca swamps and savannah woodlands are also visited and are considered important corridors that link rainforest patches. Their food preference is rainforest fruits. 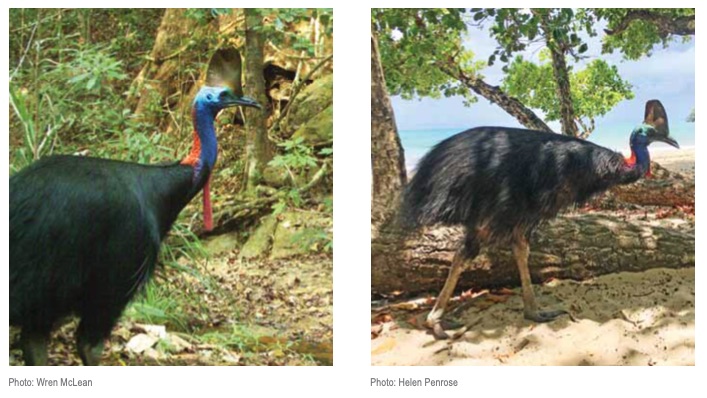 Why is the Cassowary under threat?

Our responsibilities to protect

To enable an informed assessment of the conservation status of the Southern Cassowary on Cape York Peninsula we urgently need a more precise assessment of its distribution, abundance, ecological requirements, and the relative impacts of threats.
This is particularly important for the Cape York population where information is lacking. 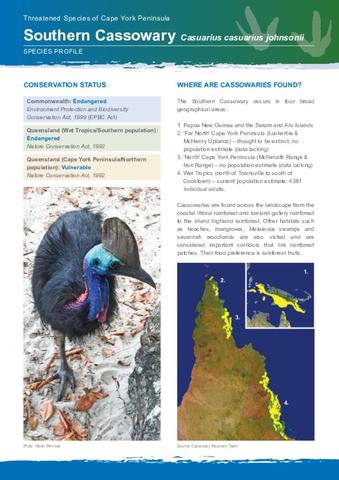 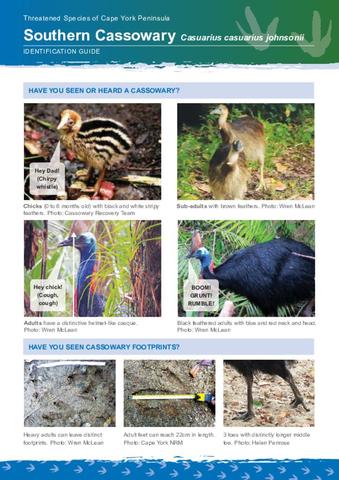