Cassowaries in Cape York can be found:

They are found across the landscape from the coastal littoral rainforest and lowland gallery rainforest to the inland highland rainforest. Other habitats such as beaches, mangroves, Melaleuca swamps, and savannah woodlands are also visited and are considered important corridors that link rainforest patches. Their food preference is rainforest fruits.

This data file or resource can be downloaded from: /sites/default/files/2021-10/Cassowary-Profile-FINAL%20wQR.pdf 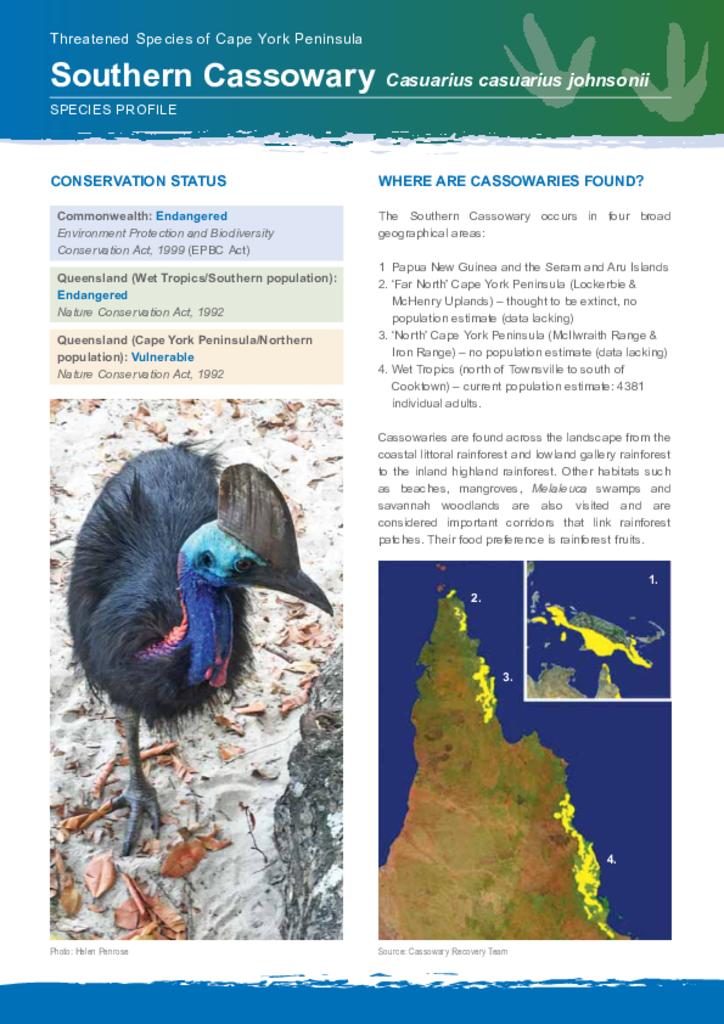