As people use and manage resources, there are impacts on biodiversity and ecosystems. Systematic monitoring on Cape York is required to see the health of the ecosystems and status of species. Monitoring is also important for many other reasons:

Biodiversity on Cape York is incredible, but still unknown. More discoveries are being made every couple of years, such as by reptiles in Cape Melville and spiders on Olkola country.

Yet the intensity of data on Cape York is limited to population centres, previously known hotspots and roads. 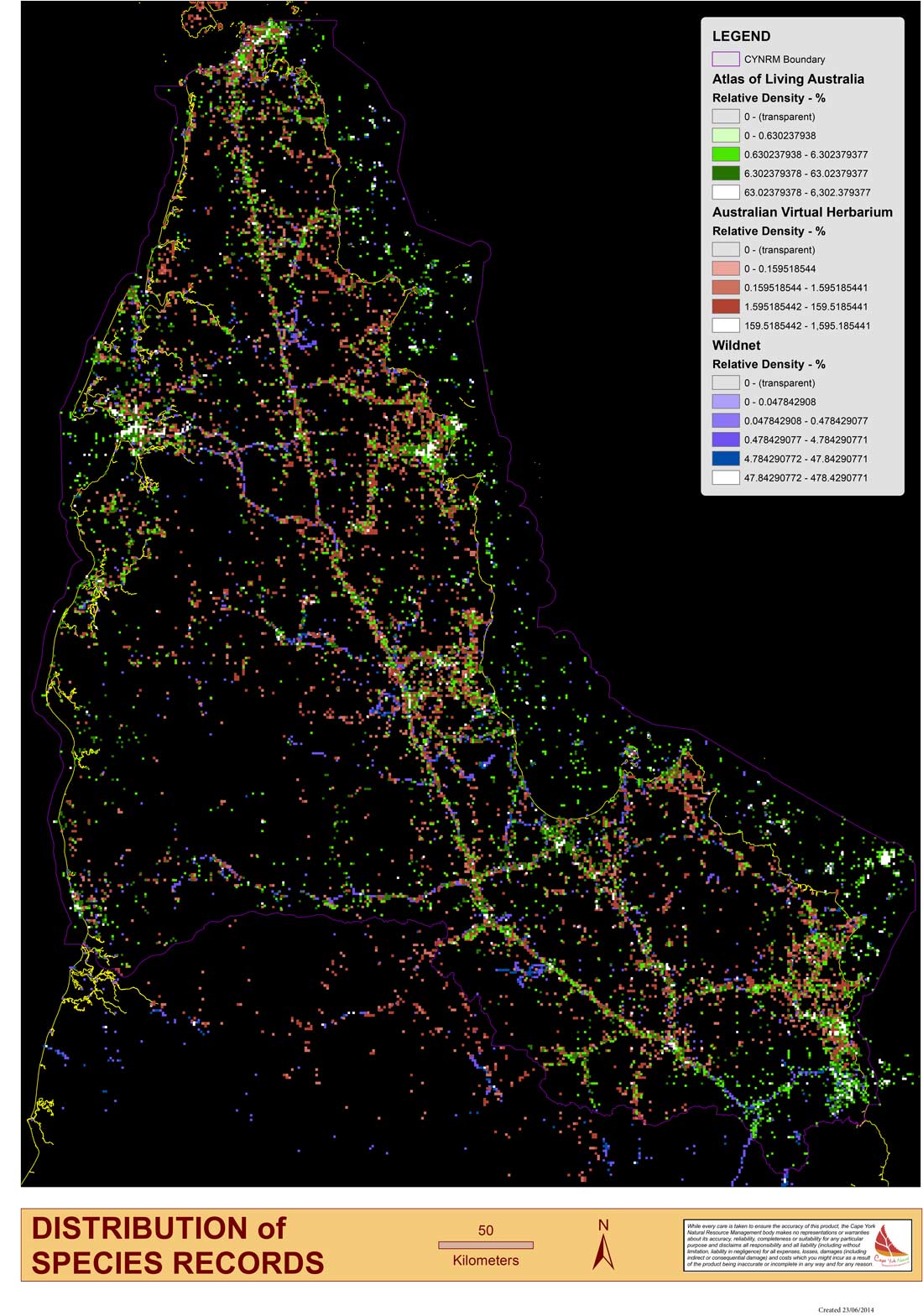 Although there are severe threats to biodiversity, there are few long-term systematic studies looking at the effects of these threats, such as on mammal populations. Proper long-term surveys are needed, using a network of multiple sites to determine the degree and extent of observed trends. Currently, the areas where systematic surveys are done for mammals are very few, spread apart and ad-hoc. 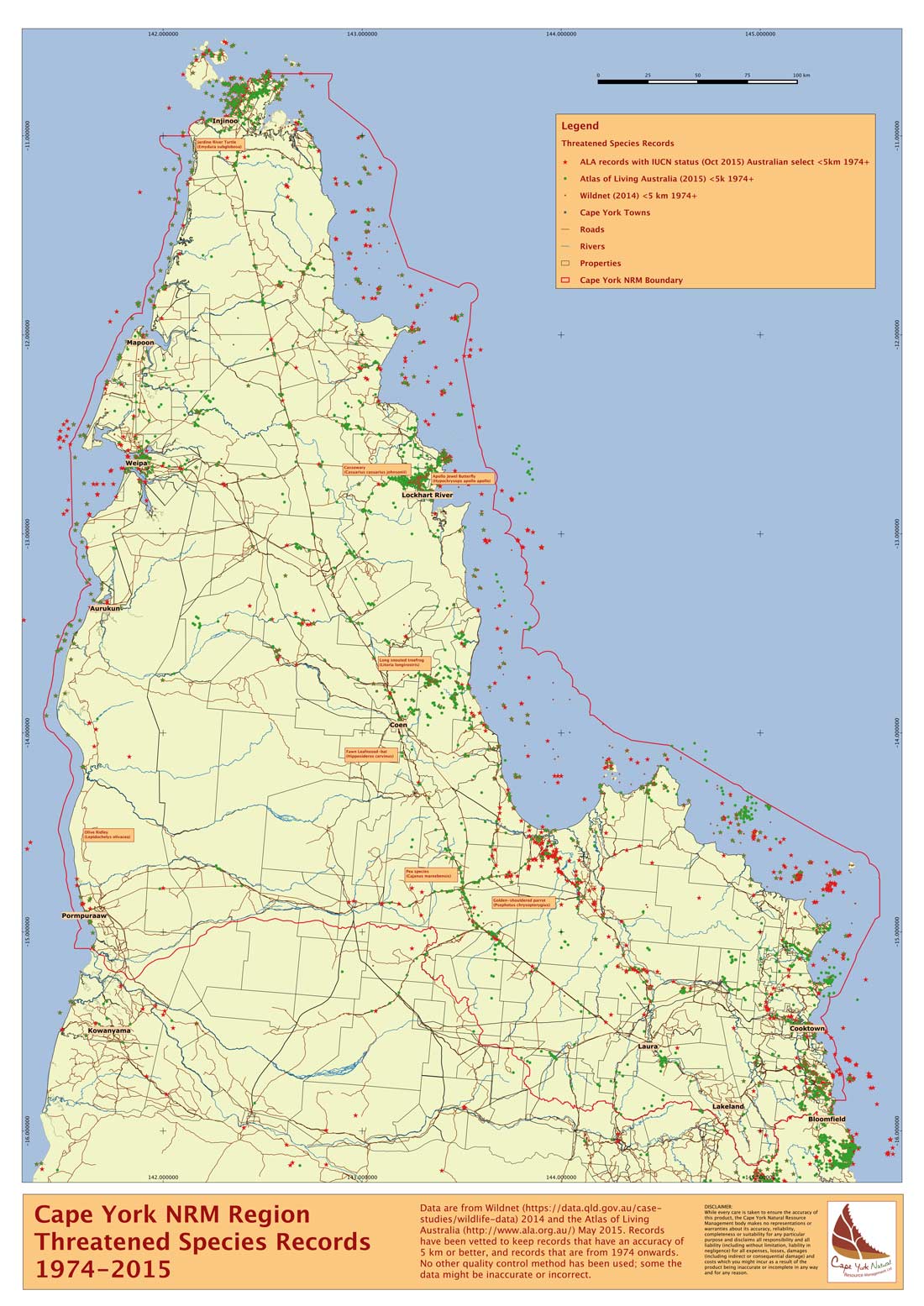 What are land managers doing?

On Cape York, several organisations are working to monitor biodiversity:

The Australian Tropical Herbarium can provide information and advice on its intensive CoreVeg and quarternary vegetation surveys.

TropWATER and CSIRO use new technologies to monitor aquatic animals.

CSIRO is also working with Kalan to monitor cassowaries in the McIlwraith.

Birdlife has an extensive network of bird watching and monitoring tools.

Bush Heritage and Olkola work with pastoral stations to monitor the status of the golden shouldered parrot.

Both CSIRO and Northern Gulf have recently completed fauna surveys across Cape York.