Why is it a threatened species?

Myrmecodia beccarii was declared Vulnerable under Queensland’s Nature Conservation Act, 1992 because its population is decreasing due to key threats (primarily habitat loss due to clearing of coastal Melaleuca forests for development). Historically, ant-plants were destroyed or removed from their habitat by plant and butterfly collectors.

Our responsibilities to protect

To enable an up-to-date assessment of the conservation status of M. beccarii we need information on population size, distribution, and the relative impacts of threats.

Ant-plants are epiphytes (plants that grow on host trees) with characteristic bulbous tuber-like structures (domatia) that provide ants with a nesting space.

Paperbark swamps, mangroves and rainforest of North Queensland provide the host trees for epiphytic ant-plants. However, Myrmecodia beccarii does not occur in rainforest; it is found in lowland woodland dominated by paperbarks, usually broad-leafed tea tree, Melaleuca viridiflora (an endangered ecological community under the EPBC Act)1,2 and mangroves. Our knowledge of Australia’s seven ant-plant species is mostly from the Wet Tropics region - less is known about their distribution and habitat requirements within Cape York Peninsula.

1. The Ant-plant and the Golden Ant
Hidden within the characteristic bulbous tuber is a network of chambers that are home to the Golden Ant, Philidris cordata. A mutualistic (both species benefit) relationship exists between the ant-plant and the Golden Ant; yellow-walled tunnels provide shelter for the ants and their brood, black chambers are where ants deposit their waste3, and brown ventilation chambers are for air circulation4. The waste chambers have wart-like structures that help the ant-plant to absorb nutrients2,3.

2. The Golden Ant and the Butterfly
Myrmecodia beccarii is the sole habitat for the larval life stage of the Apollo Jewel Butterfly (Hypochrysops apollo apollo) - also listed as vulnerable to extinction. Like the ant-plant, this butterfly has a mutualistic relationship with the Golden Ant5. After the butterfly lays its eggs on the outside of the ant-plant, the ants carry them inside the ant-plant chambers. The butterfly eggs are protected and feed on the plant tissue and ant waste. In return, the ants receive a sweet substance (honeydew) from special glands on the back of the caterpillar5,6. 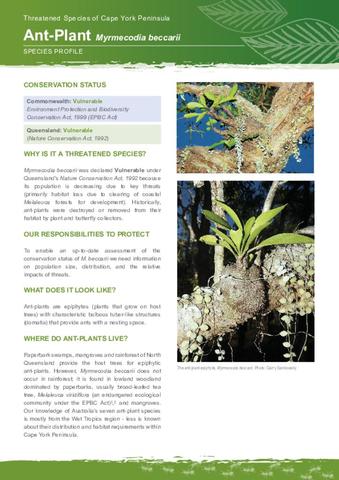 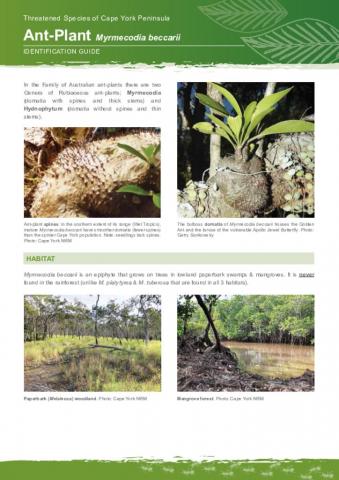 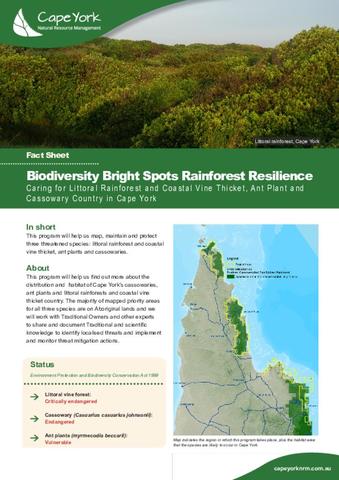