This project takes a regional approach to biosecurity management in Cape York Peninsula and will enhance the coordination of:

to identify, manage and mitigate high priority biosecurity threats. A Strategy for Cape York Peninsula, with clear goals and actions that address priorities, will also put the region in a favourable position to access and prioritise future funding opportunities.

Pest plants and animals, and other invasive species including plant and animal diseases and invertebrate pests, pose a major biosecurity threat to the economic, environmental, social and cultural values throughout cape York Peninsula region and potentially to other parts of mainland Australia should they make their way through Cape York.

Stage 2 – Development of the RBS including either calling up individual Local Government Authorities PMPs in the RBS and developing Biosecurity Action Plans for those local governments who agree that the RBS will be recognised as their respective LGA PMPs. 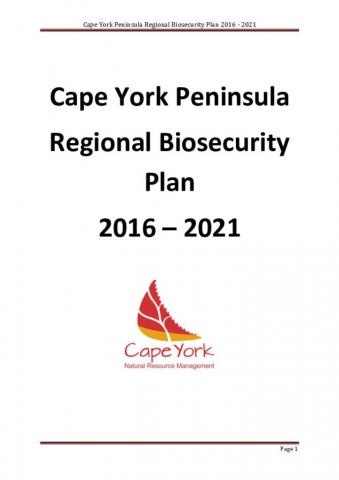