Australia has long been an isolated evolutionary cradle of unique species of plants and animals. The evolutionarily recent invasion of a whole host of animal and plant species has caused significant problems for the ecosystem.

Information on the distribution and abundance of pest species occuring in the CYPLUS area from past pest surveys, ground surveys, and interview methods at the time. Relevant information on the impact, control methods, biuology, legislation, and management principals were presented. Seven species of animals were recognised as pests including the most significant such as feral pigs, ding/wild dogs, feral horses, and feral cats. 41 weed species were also identified on Cape York with 37 occuring in the CYPLUS area with four identified as the most signficant. Pest management on Aboriginal lands was identified as a complex issue that needed to be adressed wioth the threat of importation of exotic diseases of exotic weed species a major concern for this region. It was deemed trhat the potential of a serious outbreak was significant and that management plans specigic to the region must be developed to prevent this from occurring. 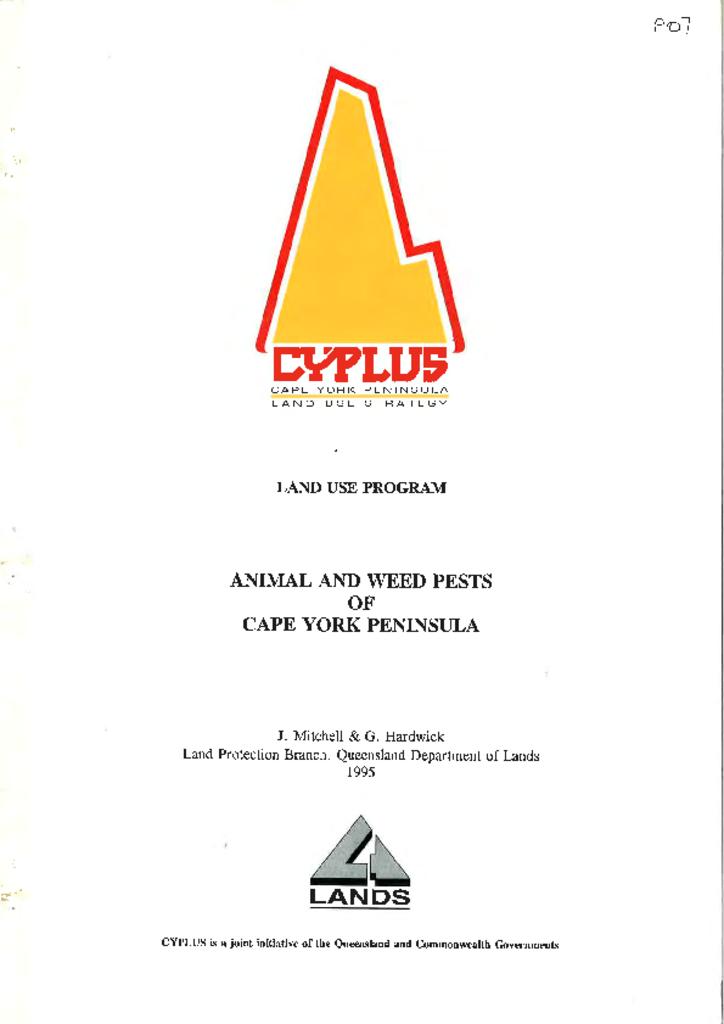