CYPLUS commissioned WBM Oceanics Australia to prepare this report which describes the level of use of commerical and non-commerical fisheries, factors affecing the environmental condition of said fisheries and habitats, and management issues relating to each of the fisheries and habitats in 1994. This report uncovered several major issues which needed to be considered for Stage 2 of the CYPLUS program. Commercial fishing tended to be widespread along the entire coastline of the study area with the Princess Charlotte Bay region being favoured by both inshore net fishermen and prawn trawlers. Both prawn and net fisheries within the area were considered to be fully utilised with stable catch levels though most fisheries were seen to exhibit large annual variations. Indigenous fishing reasonably correlated with the population of the community with traditional and substinence fishinf for dugong and turtle a variable within the study area. The large harvests seen at some locations may have been unsustainable given the species' biological characteristics.

There were a few environmental impacts that were affecting the condition of fisheries and habitats within the Study area including introduced species (feral pigs, rubber vine) pollution and water quality deterioration due to suspended sediments and nutrient runoff, and wetland habitat loss from infrastructure development and mining projects.

The management issues identified within the fisheries of the Cape York Peninsula were those common to most fisheries. The primary issues were acces to the resource and equitable sharing of the respective resources between users. Commerical and recreational fishers expressed concern that claims for native title and future conservation areas could've caused restrictions to be placed on them. Commercial fishers also expressed concerns that lobbying by anglers could result in areas closed off to commerical fishing. Equally, indigenous people expressed concerns that the economic benefits of said comercial fishing do not stay within the Cape York Region and that in fact a high subsistence value of fisheries resource was being compromised by commerical and recreational fishing. A major issue raised was the lack of consultation with Aboriginal people with regards to the management of resources they traditionally regard as their own and that they feel a management responsibility for. Ther report culminates in that managers needed to balance the needs and expectations of various user groups with the necessity to retain resource sustainability. 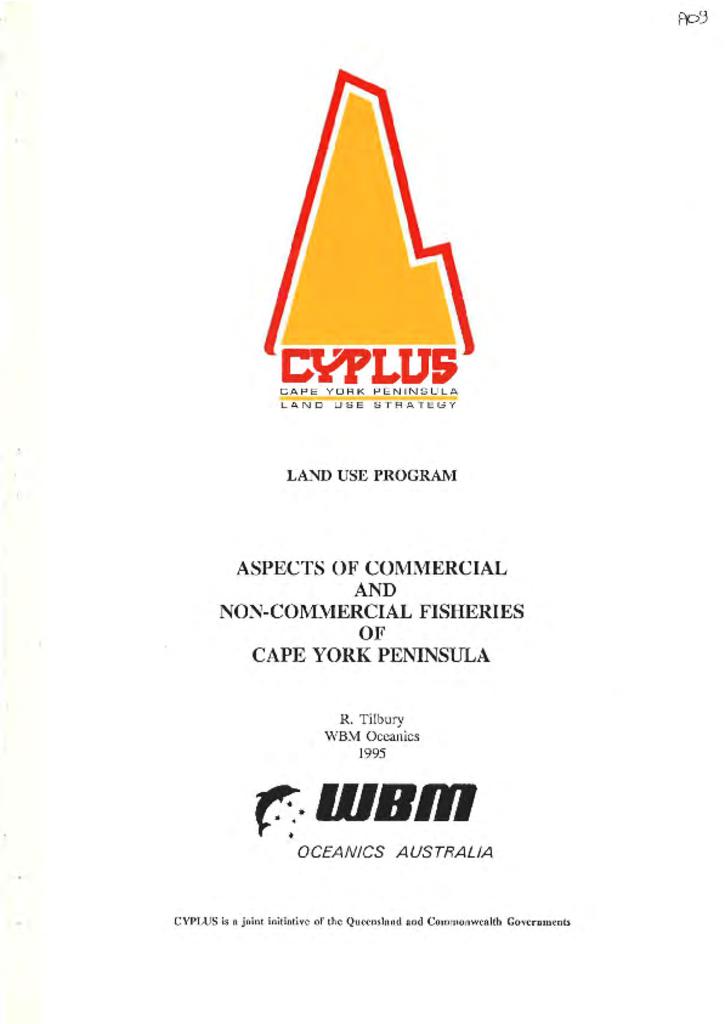