The Coastal Environment Geoscience Survey project utilised a variety of information and techniques to compile the coastal geoscientific information necessary for the developent of a land use strategy for Cape York Peninsula.

This project was undertaken to produces a geoscientific synthesis of the evolution and character of the coastal zone of Cape York Peninsula and gathered the following geospatial data; oceanographic and meteorological processes that affected the coastal area, the character of coastal environments and the nature of sedimentary deposits within them, an analyisis of the Holocene evolution of the coastal area, identification of areas of significant instability within the zone and the consideration of issues relevant to sustainable use practices.

There were numerous considerations listed by the report pertaining to the sustainable use of coastal environments on the Cape York Peninsula. Coastal erosion was highlighted as one of the most pressing issues with sever beach deterioration observed along Princess Charlotte Bay. Waste water management was also identified as a serious concern with waste pollutants and runoff from agriculture and other primary industry causing coral reef destruction and nutrification. The report indentified the necessary considerations, especially with reference to erosion, to the construction of coastal structures. Impact from the actions of tourists such as four wheel driving, camping and offshore activities as well as the construction of tourist facilitites were recognised as causes of unsustainable coastal land use practices on the Cape York Peninsula.

Primary industry such as grazing, agriculture, and extractive industries such as mining were all distingusihed as having serious undesirable impacts to the coastal environments surroundig them. Unsustainable grazing practices can accelerate the erosion of coastal soils. Fertilisers applied to farmland causing exessive nutrient runoff which causes the nutrification, and resultant death of coral reefs. Coastal soils can also experience severely increased salnity due to the nutrient salt runoff. The extraction of exploitable materials such as ilmenite, zircon, rutile and silica required the use of a floating dredge, which creates its own pond in coastal sediments. These areas require rehabilitation after the extraction is complete and while these programs had often resulted in faithful rehabilitation, the areas subsequently experienced a loss in diveristy, mature forest, and soils formation.

Due to the narrowness of the ship chanel inside the Northern Great Barrier reef, the necessity for adequate ship navigation practices was identified by the report as to ensure that no nautical accidents such as collision of grounding on the coral reef, limiting the possibility of severe marine pollution. 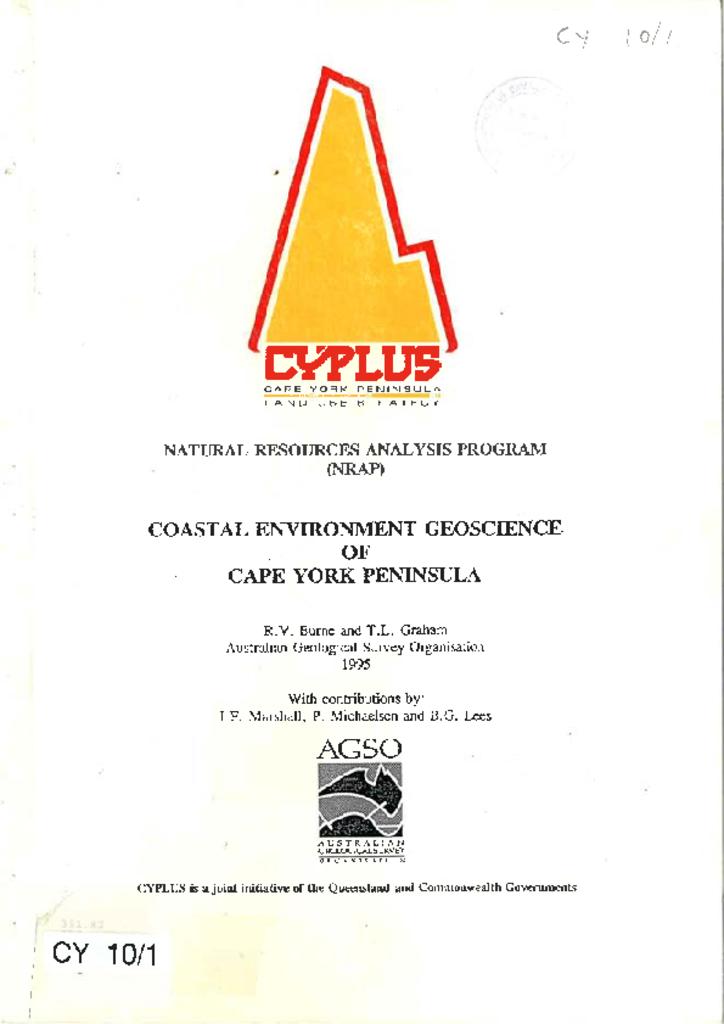