The Golden-shouldered Parrot (Psephotus chrysopterygius) once occured accross much of central Cape York however it is now cofned to a handfull of small areas with small populations. The results of the first two year study suggested that the parrots have difficulty in obtaining sufficient food in the early wet season and survival of this seasons is enhanced by exposure to seed reserves and by early wet season storm burns.

The decrease of storm burns and increase in the frequency of dry season fires was seen to contribute to the decline of the Golden Shouldered Parrot and the increase in density of woody weeds.

The study also found that levels of predaton during the breeding seasong were higher than what could be sustained by the breeding population. It was believed that the altered burning regime may have increased the population of the Pied Butcherbird (Cracticus nigrogularis), a natural predator of the Golden Shouldered Parrot. 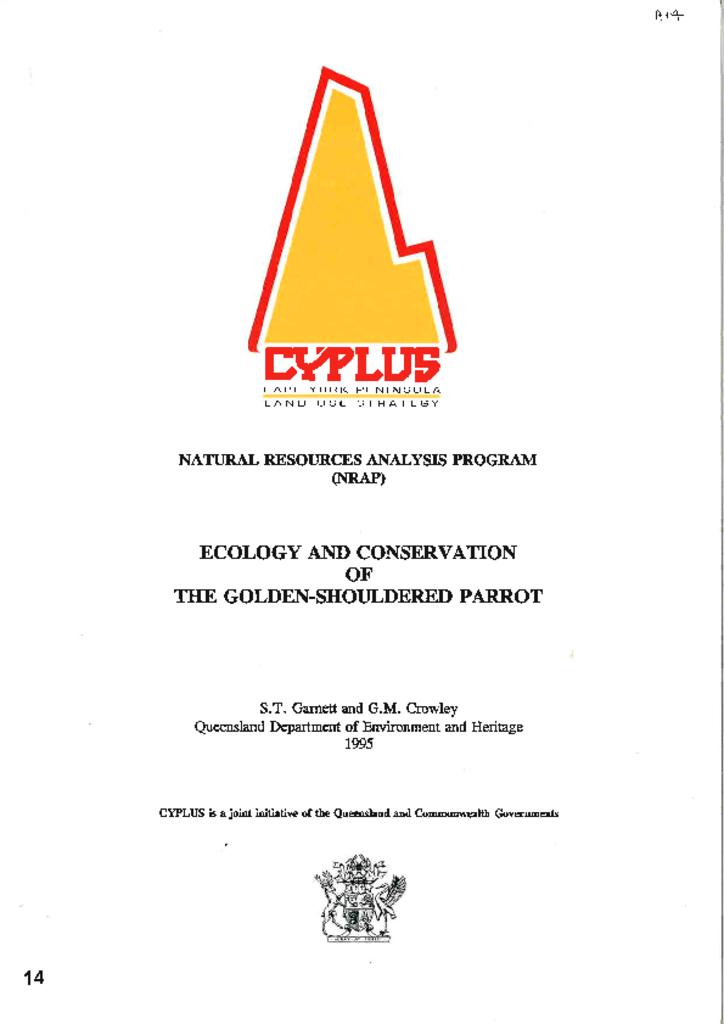