The CYPLUS GIS was created to support the collection, anaysis and display of natural resource, social, and economic data which arrose from the enactment of stage 1 of the Cape York Peninsula Land Use Strategy. This was a project carried out in Janurary 1992 - June 1994 with the purpose of assembling GIS-based digital data into a GIS which could be used to serve local needs.
A Memorandum of Understanding was created end enterred by CYPLUS and all other participating agencies involved in this progam. Multi-user license agreements were negotiated with two seperate commerical data suppliers to enable data sharing among the previously nominated CYPLUS participants. A users manual was prepared and distritued to the relevant agecies and shortly after a follow up manual was distributed explaining the lodging of data sets, metadata records, and map preparation for reports.
Base data was assembled, the base data sets including; the CYPLUS boundary, detailed drainage, elevation, a Landsat TM mosaic, towns, homesteads, and a copy of the land titles within the region. These data sets were submitted directly to NRIC or through the Department of Lands to the NRIC depending on their source where they were checked for quality and completeness prior to incorporation into the CYPLUS GIS.
It was intended that as stage 1 of CYPLUS finished that users of the CYPLUS GIS would be able to evaluate land use options and management strategies using an information system that would support all of their needs and help create long term management regimes. 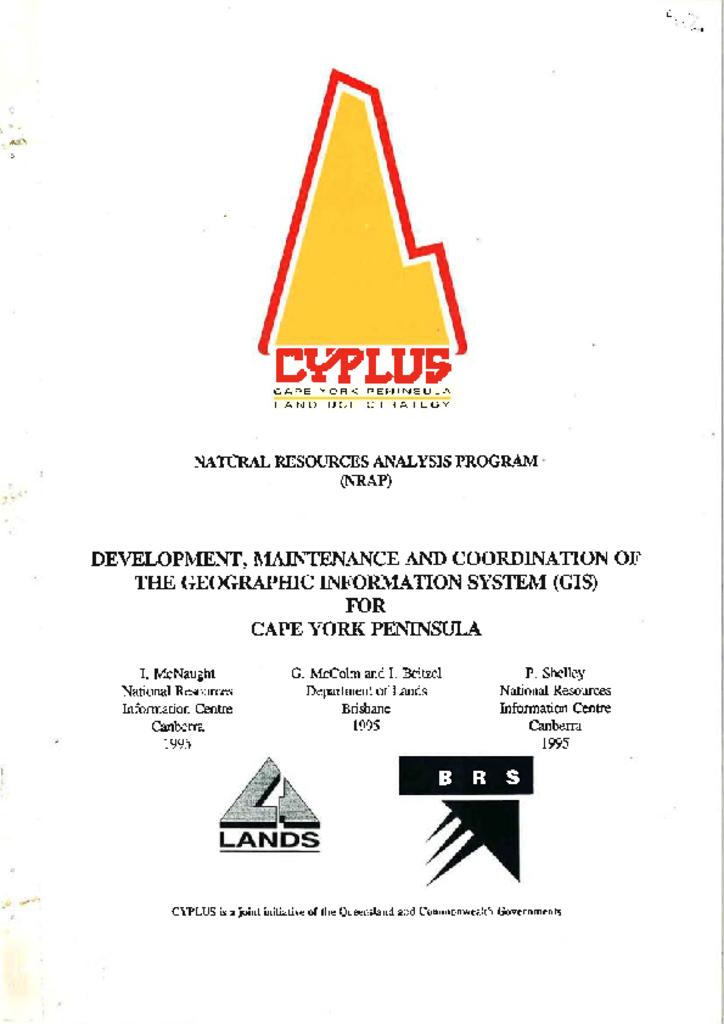