This report was commisioned by the CYPLUS task force for the Centre for Applied Economic Research and Analysis (CAERA) at James Cook Univeristy of North Queensland to perform a cross-sectoral economic assesment of the regional economy in the Cape York Peninsula.
The economy of the Cape York Peninsula has compromises individual nodes of activity with each node possesing differing industry structures depending on the natural resources of the surrounding area and the levels of government intervention. Each node interacts with other nodes as well as other areas of Queensland and Australia.
The principal nodes within the CYPLUS area are Thursday Island, Weipa, Cooktown, Bamaga, Napranum, Kowanyama, Aurukun, and Hopevale and in 1991 the community services sector was the largest employer for persons within the CYPLUS area accounting for 36% of the labour force. Mining became the second largest employer in 1991 acconting for 13% of total employment. 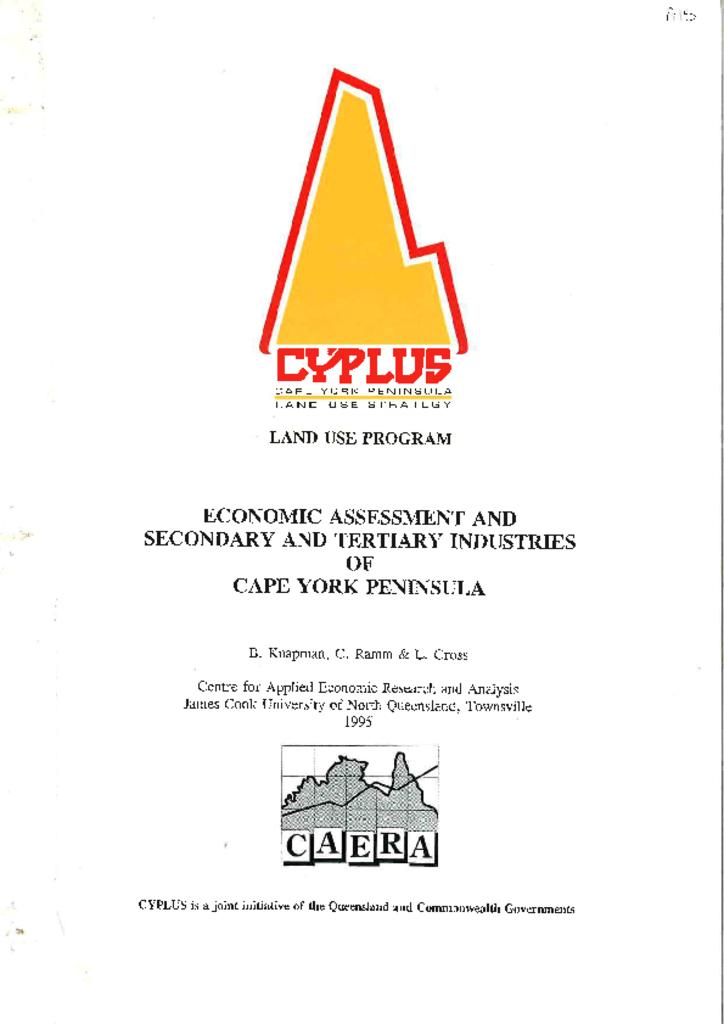