The study area of this report covered some 143,000 square kilometre, and is remote and isolated from all Australian population cenrs. This area includes Cape York Peninsula from north of Cooktown and some selected areas of the Torres Strait Islands. The area had a small population of approximately 10,000 (1986)

This report prevented an overview of the Cape York Peninsula's groundwater resources and features related to their ongoing use and protection. The report collated and summarised information fromreports, drilling, geophysics, and a large scale groundwater chemistry analysis program to asses groundwater quality.

The study area had been divided into several major regions based on both formal and informal tectonic units. These are the lower Palaeozoic Coen and Yarnbo Inliers, the Palaeozoic Hodgkinson Province and Cape York Pyroclastics, the Mesozoic Carpentaria and Laura Basins and the Cainozoic Karumba Basin. 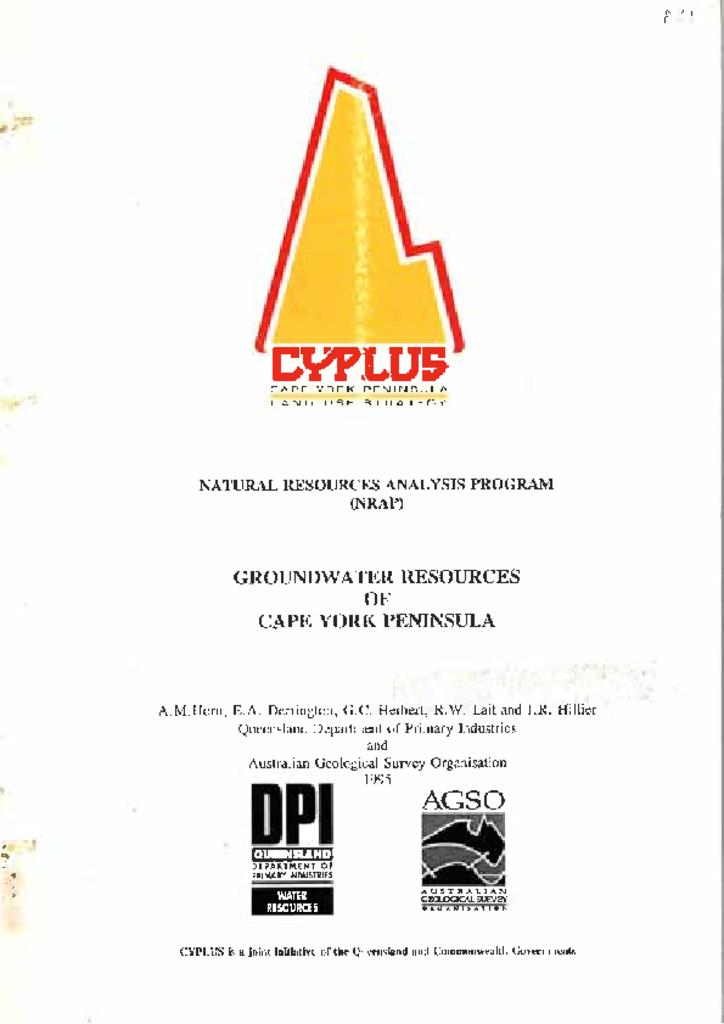