It was estimated that two out of every three species of living thing on the Cape York Peninsula are insects. This report surveyed a cross section of the Cape York Peninsula's insects and this provides information on the largest portion of the regions biodiversity.
A total of 22505 identified insect speciments were collected on the Cape York Peninsula which represented 695 species; these were recorded in a relational database. These insects represented species from 9 seperate insect orders: Odonata (dragonflies, damselflies), Plecoptera (stoneflies), Isoptera (termites), Orthoptera (grasshoppers, locusts, crickets), Hemiptera (bugs, cicadas, etc.), Neuroptera (lacewings), Coleoptera (beetles), Lepidoptera (moths, butterflies) and Hymenoptera (wasps, bees, ants).
This document summarises records from ERIN and the Commonwealth Department of Environment, Sport and Territories in a series of tables accompanied by a series of maps depicting collection records, distribution records for a small sample set of species and the predicted distributions of species extrapolated by a digital BIOCLIM analysis.
These records were derived from pre existing collections from the Australian National Insect collection, the CSIRO Division of Entomolgy in Canberra, the Queensland Department of Primary Industries Collection in Mareeba, and the Queensland Museum in Brisbane as well as a two year survey of the Cape York Peninsula which was funded by CYPLUS. 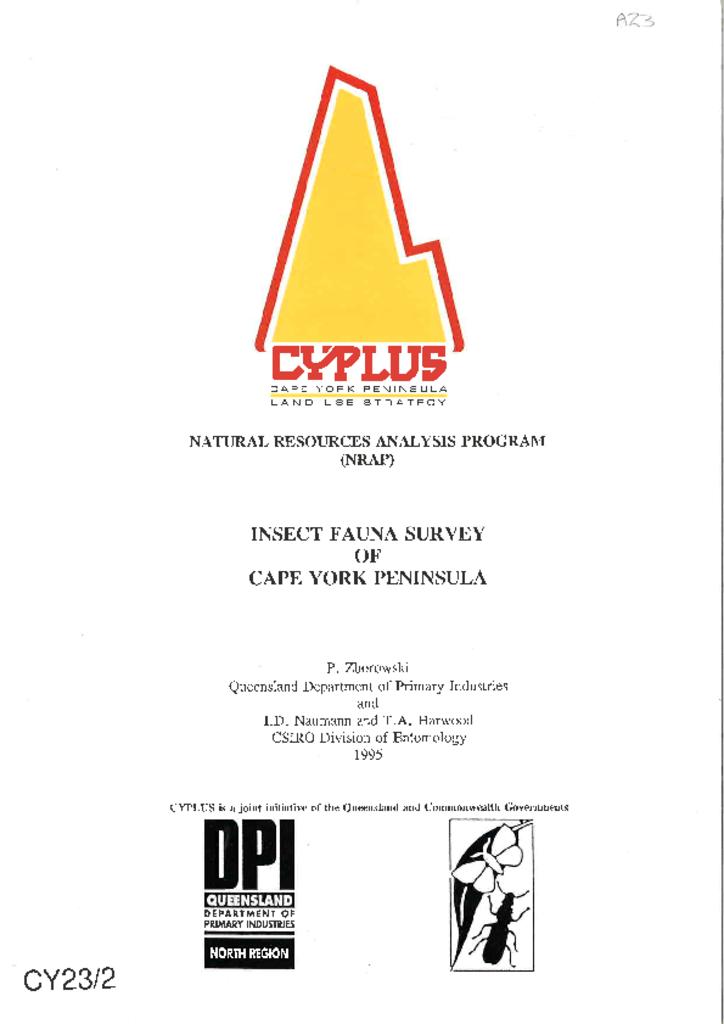