This project evaluated land degradationin terms of soil erosion and soil salinity. Soil erosion was examined by the Queensland Department of Primary Industries and the Australian Geological Survey Organisation with assistance from the Bureau of Resource Science. This study utilised previously collected data under the CYPLUS Natural Resources Analyisis Program to identify where erosion had believed to have been accelerated by human activity.
This report had concluded that water and wind erosion are natural features of some areas of the Cape York Peninsula such as the Mitchell Landscape. The Hodgkinson landscape was indentified to contain numerous extremely erodible soils and that human activities have increased the levels of erosion in these areas.
This study culminated in a map of water erosin for Cape York Penisula. This map suggested a gradient from high to low travelling east to west reflecting the gradient of the amount of rainfall. The erosion hazard for the majority of the CYPLUS area was reported as low to very low due to the permeability of sandy soils.
Naturally occuring salinity data was assessed by the Queensland Department of Primary industries with areas of naturally high salinity measured and their distribution mapped. Many areas of high salinty were reported as undergoing changes in the hydrological regime such as forest clearing. The report found that soils associated with teh Rolling Downs Group contain low levels of salt and thus have a significant potential for agricultural development. However it was also identified that development such as tree clearing and irrigation cold result in a mobilisation of salts and subsequent soil salinisation. 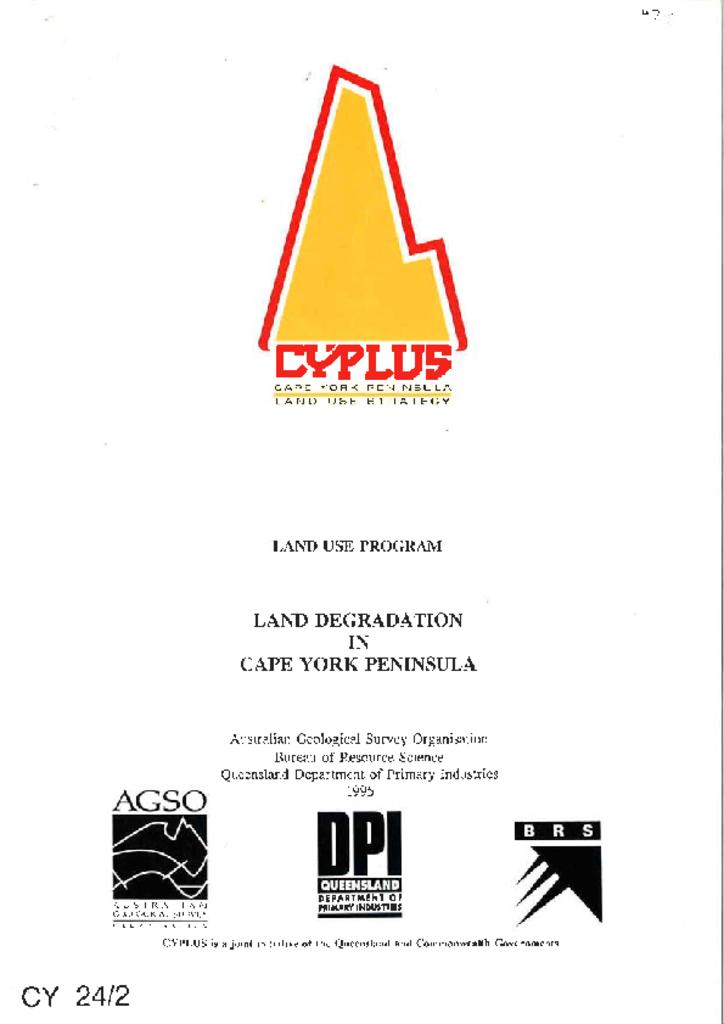