Prior to the execution of this project regional stakeholders and industry representatives expressed differing opinions concerining the development potential of other agricultural industries within the CYPLUS area. One major limitation to development that was highlighted was the cost associated with initiating a new agricultural ventureas well as production competitiveness with other already operating businesses. It was also reported that at the time the majority of Cape York's occupants.

The report identified that there were multiple possibilities for the development of sustinence horticultural operations by some of the Cape York Peninsula's aboriginal communitie. Soil types in the CYPLUS area were found to be generally low in nutrients such as phosphorus and nitrogen and thus the majority of soils were found to not sustain nutrient levels adequate for cropping.

At the time Cape York Peninsula was utlilised as a buffer zone between Papua New Ginuea and Auastralia's already established horticultural areas with government policy to maintain Cape Yorks buffering capabilities making hortcultural devlopment not a priority for the region. 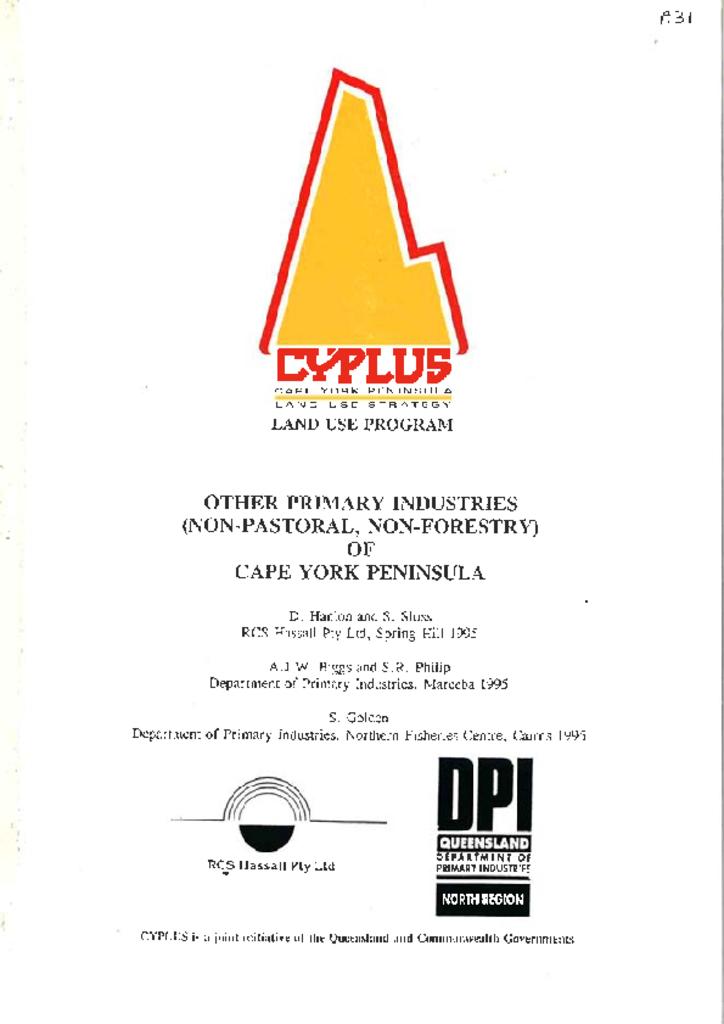