This report is part of the CYPLUS Land Use Program and establishes an overview of the surface water resurces on the Cape York Peninsula at the time, including an assesment on the reliability of project deands and related environmental and social issues associated with that. The report also outlines the ecological diversity of these resources along with specific issues that were seen to possibly affect the long term managemtn fo the Cape York Peninsula's surface water resources.

On the Cape approximately 80% of the annual rainfal occurs between December and March while April to October is significantly drier. The Cape contains a number of Australia's most significant rivers including the Mitchell, Wenlock and Jardine. Riparian zones are well formed across these rivers and are compromised mostly of Melaleuca viridifloraand Eucalyptus tetradonta.

The Cape contains a range of water body types including permanent and temporary rivers, lakes, billabongs, lagoons, wetlands, estuaries, rainpools, aquifers, springs and numerous others. Several studies were performed which gathered data on water quality of major and minor surface water deposits for this CYPLUS report. The report then relates this data with the affect it would have on the future use and management of the Cape York Peninsula's natural resources. 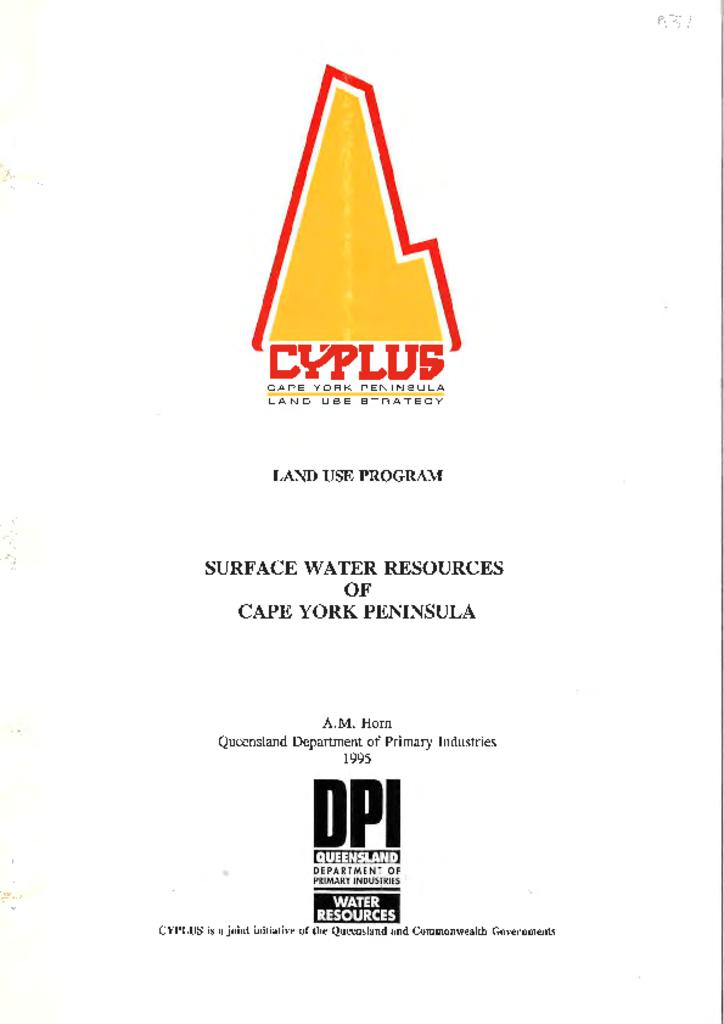