This report investigated issues relating to transport services and infrastructure on the Cape York Peninsula as part of the CYPLUS Land Use and Natural Resource Analysis Program in 1995. The study identified the then current provisons of transport and infrastructure and compared it to the then needs of residents and industry and the projected requirements for new and developing indstries. The report also investigated the costs of said services and the enviromental impacts that were seen to come along with transport infrastructure on the Cape York Peninsula.

One major aim of this study was to compile a comprehensive summary and inventory of the Roads(arterial and major arterial), Airflields (both sealed and unsealed), Ports, Public transport and tourist services such as busses, ferries, taxis and air services, and Freight and mail services within the Cape York Peninsula and was then entered into the CYPLUS GIS.

The report also identified the industries which are sensitive to the state of the trapnsport industry, as well as the transportation needs of regional communities. A minimum access standard for regional transportation within the Cape York Peninsula was developed and the funding costs of improving outdated transport infrastructure throughout the Cape was also approximated at $700 million in 1995.

Potential environmental impacts of the transport industry in the Cape York Peninsula were identified such as erosion from the construction of roads and floral and faunal biodiversity due to vegetation clearing. The construction of ports was seen to impact on the marine environment due to pollution, whereas aiports carry significant impact due to the large areas of land needed to be cleared for the runway and obstacle limitation zones. Criteria for a minimum standard of transportation was identified as significantly differing from community to community, and conclusions were drawn on the outlook and recommendations for the transportation industry on the Cape York Peninsula as of 1995. 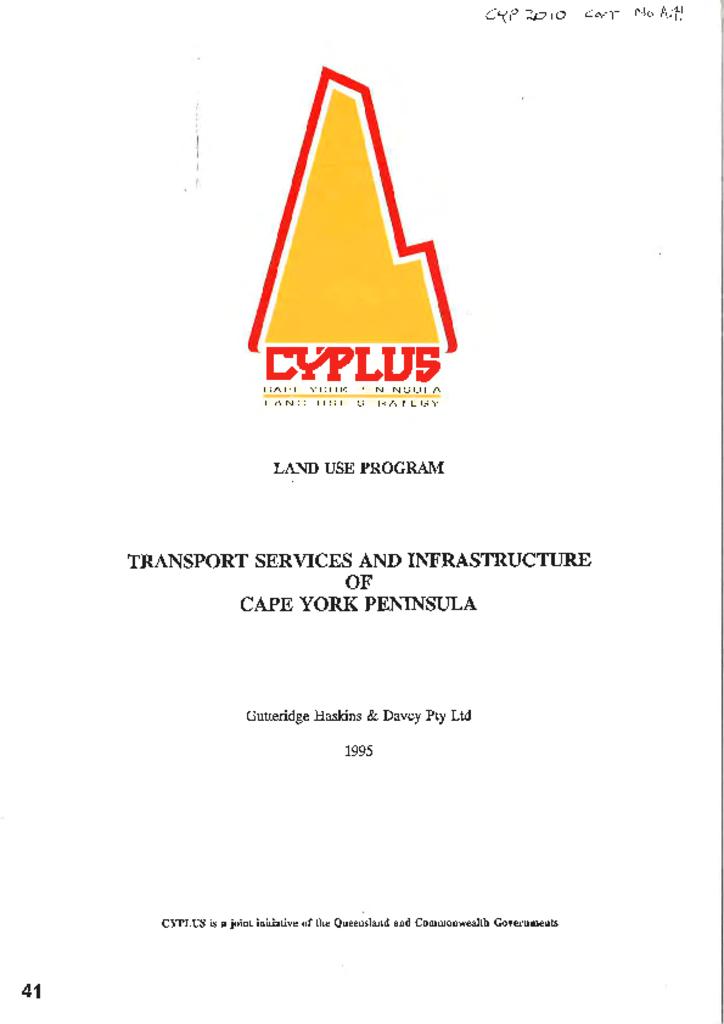