This study endeavoured to gather information about the then present tourims industry in the Cape York Pennsula as well as the future outlook and possible issues that may affect the tourism industry in the Peninsula.

Aboriginal Land Rights to certain significant sights were then seen to temporarily or permanently restrict access to said sights due to public perceptions in other regions of Australia, however regardless of the outcome this was not seen to impede the tourism industry on the Cape York Peninsula.

Geographical and climatic conditions such as the significant size and the weather patterns blur the line between infrastructure and attraction and was seen to be a major factor in shaping the tourism industry of the Cape York Peninsula.

From the surveys completed by visitors it was identified that three distinctive visitor types existed, those being independent travellers, group travellers who were camping, and groups who were not. Out of the tourists surveyed 78% were from Australia, with 53% being female with 40% male correspondence. The average length of stay was identified to be about 10 days for overseas visitors and roughly 5 weeks for Australian visitors with 93% of tourists being on their first visit.

The report also outlines surveys on industry and residents, as well as identifying a resource inventory within the Cape. The report also evaluates the organistations and products involved in the tourism inustry of the Cape York Peninsula before identifying potential then future figures for the tourism industry along with several limitting factors. 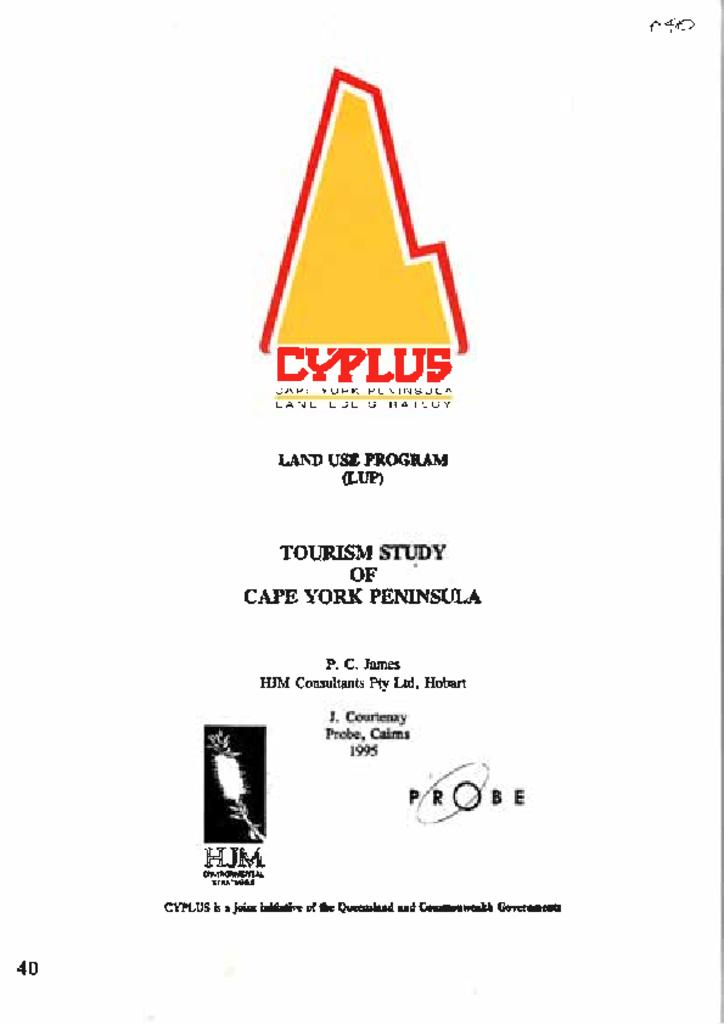