The primary aim of the Terrestrial Vertebrate Fauna project was to gather information by undertaking field serves in key areas lacking then existing data on vertebrate fauna and make that available for incorporation into the Conservation Assessment in stage 2 of the CYPLUS report. This project contained two sub projects developed to most efficiently achieve the established aim, these were a historical records project collating existing information, and a field survey with the aim of obtaining new and additional faunal data. The field survey concentrated on the South-west area of the Peninsula which was indentified as lacking faunal information at the time.

Sampling of previous surveys was conducted only in the QDEH focal area which included the Northen, Western, and Cape Flattery of areas of the Cape York Peninsulla. Roughly 23,000 records with core attributes such as species identity, latitude and longtitude, collector and date, habitat, vegetation structure, phsyiographic region and site charactersitics were collected of birds, mammals, frogs, and reptiles within the Cape York Peninsula region were compiled. Two new species - a frog in the Cape Melville range and a skink on the Glennie Tableland were identified and geographical ranges for two other species were increased.

As over 80% of the Cape York Peninsula was covered by woodlands, the majority of species were found to be associated with this habitat type, however minor habitats such as rainforest and mangroves had higher than expected species numbers. The number of species associated with rainforest habitats was considered significant and emphasised the dense biodiversity within these environments.

The main issues concernig conservaton identified by this report were rainforest areas due to significant biodiversity concentration, riparian forests de to their role as wildlife corridors, wetlands due to their importance to the survival of waterfowl and aquatic species as well as rocky hills and cliffs which were identified to contain a high number of endemic species and act as biodiversity hotspots within the landscape. The maitenance of faunal biodiversity was identified by CYPLUS as being one of the most significant criterion on whichthe success of any conservaton strategy will be judged. 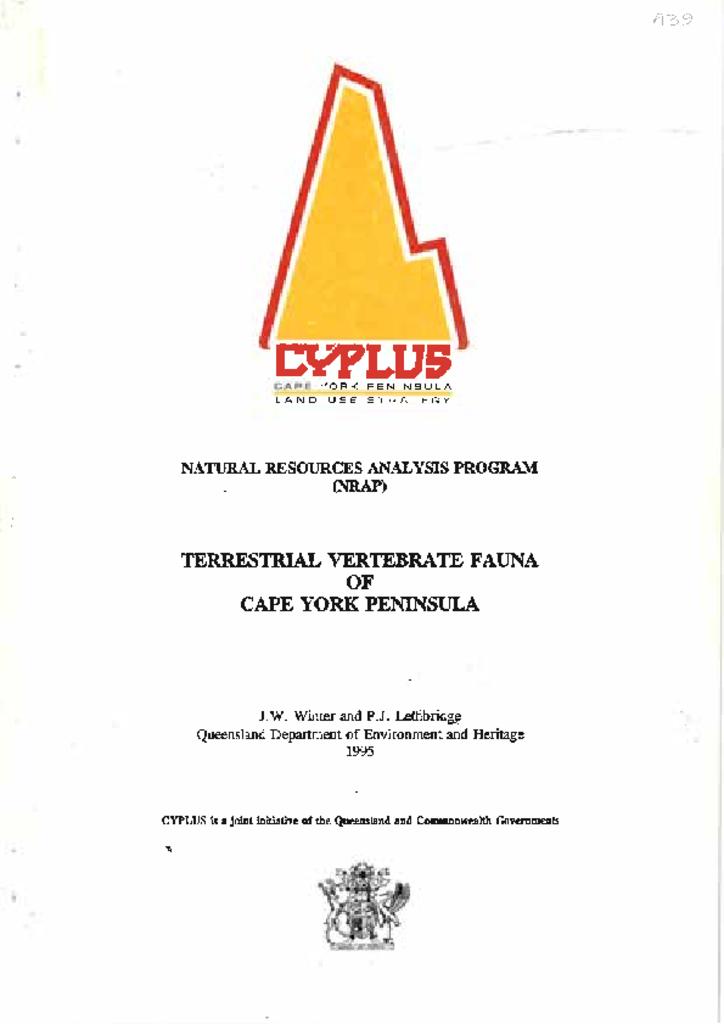