As an aspect of the Land Use Program a study into the forest resources of the Cape York Peninsula was undertaken with the aim of compiling a regional outlook on the economic, environmental, and cultural resources of forests and woodlands in order to establish a baseline of their use in the early 1990's.

The scope of this project report was to decribe the values of forests and woodlands as well as indentify the needs for products derived from these environments. Other aims were to estimate the potential for timber supply, examine aspects of then governmen policies, as well as to define the lank of grow cycles for various species and identify region specific management requirements for individual species and forest types.

In this report woodlands are defined as having between 10 and 30% foliage cover in the overstorey strata whereas forests are defined as having more than 30% cover. Neldner and Clarkson's 1994 survey of vegetation on the Cape York Peninsula showed that in 1994 forests and woodlands covered approximately 84% of the Peninsula. During consultation with members of the CYPLUS task force at an early stage of the CYPLUS project it was decided that areas where hardwood utilisation had occured or areas that had been identfied as having possible timber resources wuld be the focus of this study. This focus was chosen in order to deal with aspects of resource use projection. 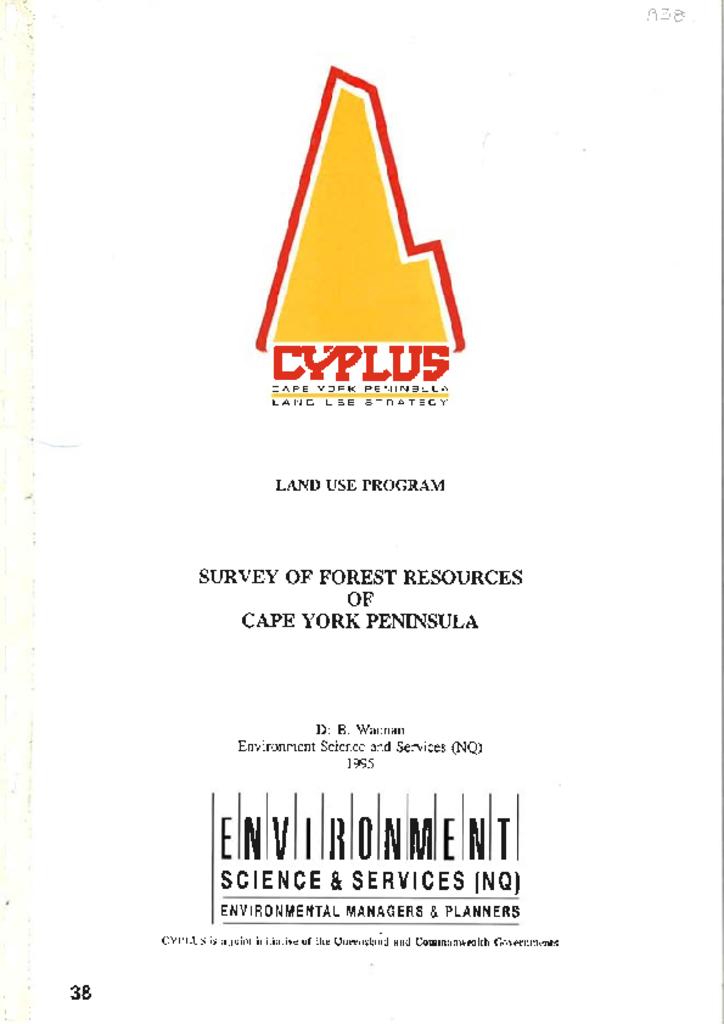