The aim of this project was to define the differnt types and respective distribution of those types of wetlands within the Cape York Peninsula CYPLUS study area and attempt to investigate patterns between wetland habitat and faunal occurence. This knowledge was seen to then be able to be used in the effective management of wetland fauna.

The categories of wetland for mapping were broadly defined as mangrove, saline opern areas, perennial waterbodies, ephemeral waterbodies, sedgeland and swampy forested areas. A major set of data gathered by CSIRO in the 1980's was also used as it was based on photography of the Australian coastline every 10km, giving a detailed values regarding phyiscal and vegetative features. A major source of faunal information came from distribution records from NR03 and results from aerial surveys of waterbirds and waders undertaken between 1990 and 1991 along the hinterland soutwards of Aurukun.

From the study it was apparent that the Cape York Peninsula has a diverse number of wetland regions and that no two habitats are exactly alike. Though considerable geographical variation exists, patterns of bird populations was able to be drawn from this data. Coastal regions north of Port Musgrave were found to have a lower diversity of wetland birds as opposed to the South West region. 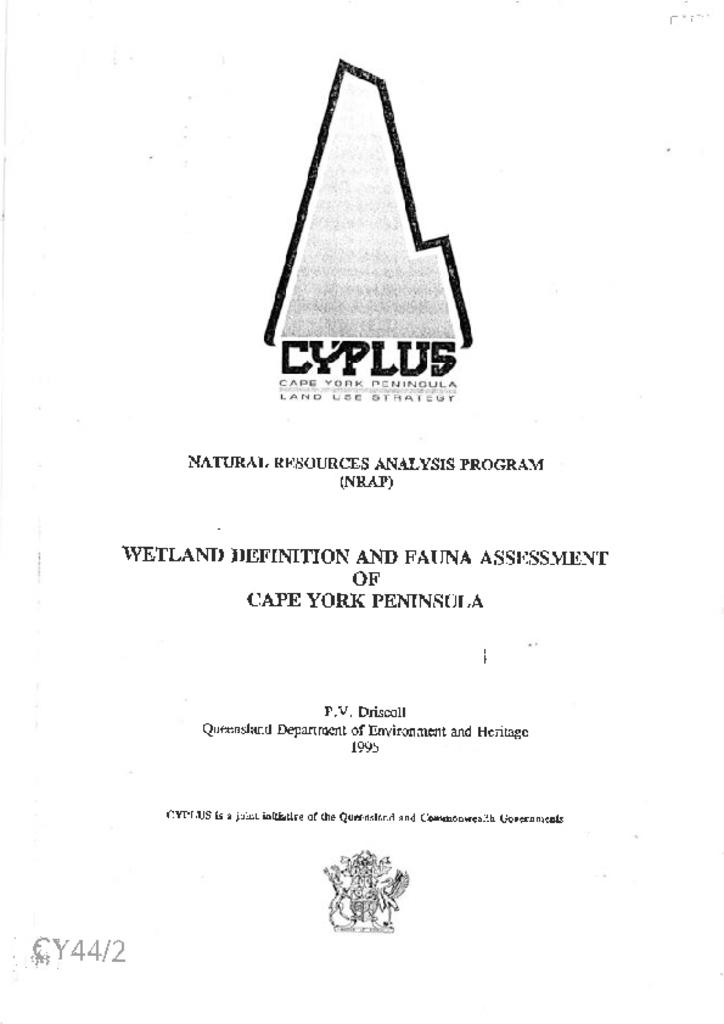