This study was undertaken between July 1994 and Janurary 1995 as a project within the Land use Program of CYPLUS. The purpose of this study was to gather information from the residents of the Cape York Peninsula to try and gain a better understanding of what they value, their social needs and future fears and aspirations regarding land use on the Cape York Peninsula.

There was a 55% response rate for the study with the participants in the study representing approximately 1% (then 169 residents) of the Cape York Peninsula.

Responses showed a significantly important relationship between the people of Cape York and the natural environment expressed a desire for continuation of harmonious multiculturalism in the area. Most respondents expressed a belief that national parks and the Great Barrier Reef are areas thgat must be preserved and protected. There was a concern that the Great Barrier Reef was being harmed by over fishing and that national parks were not being correctly maintained. This is the only valid CYPUS study which records the residents of the Cape York Peninsula's wishes for their land and lifestyle. 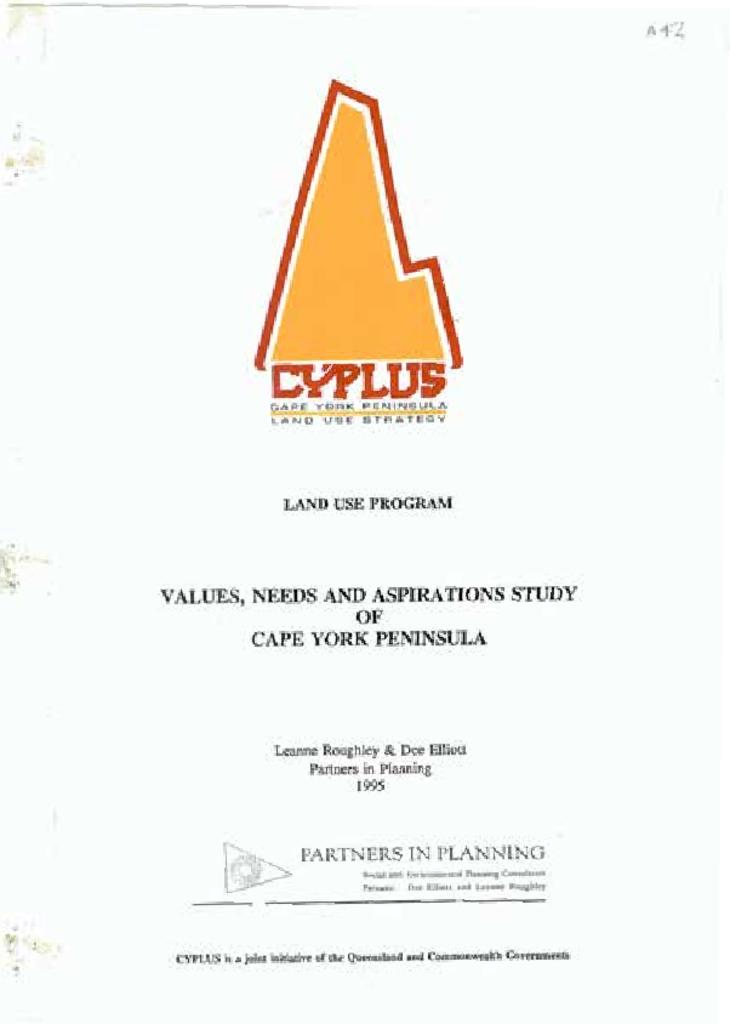