This report both details the distribution of particular conservation values across the Cape York Peninsula and also acts as a guide for the 40 GIS layers created during the CYPLUS conservation assessment. This was seen to eventually allow members of the public to focus on a specific location within the GIS such as their pastoral property.

The wetlands of the Cape York Peninsula were identified as some of the largest and most biologically diverse and significant in Australia with coastal wetlands providing importance to waterbirds and mangrove communities maintaining rich fish populations.

At the tIme 379 rare and threatened plant species were recorded in the area including 15 endangered. The greatest concentration of endangered vertebrate species were found in rainforests and on boulder cliff habitats.

There were several geological features on the Cape York Peninsula that were identified as being prime examples of their landform types including the tower karst development of the Mitchell-Palmer area, the boulder mountain landscapes of Cape Melville and Black Mountain, the beach ridge system to the south of Cape Keerweer, the floodplains of the Archer and Holroyd rivers, the swamps of the Jardine river, the sinkhole development within the Mappon and Mitchell-Nassau areas and the bauxite profiles which occur at Pera Head and the Weipa area. 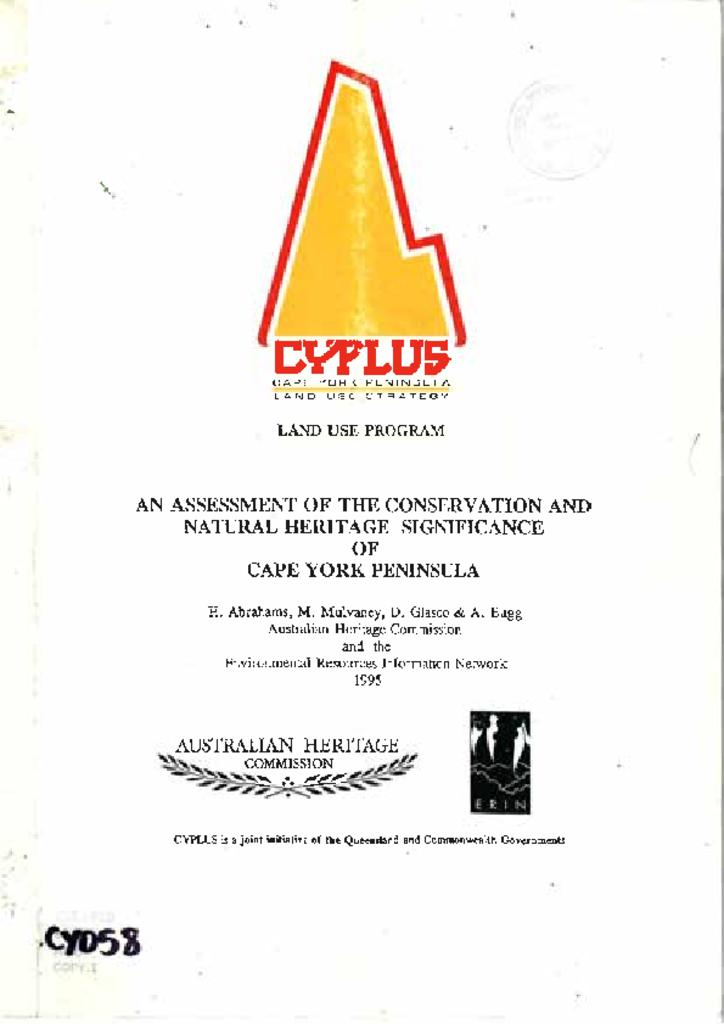