The Cape York Keep It Clean project is an initiative of Thoughtful Travelling Cape York. This project is supported by Cape York NRM and the Queensland Government’s Litter and Illegal Dumping Community and Industry Partnerships Program.

Thoughtful Travelling Cape York is an alliance of Cape York organisations working together to reduce the damaging environmental impacts caused by people travelling on Cape York.

This data file or resource can be downloaded from: /sites/default/files/2020-02/KeepItClean-24ppA4-EMAIL.pdf 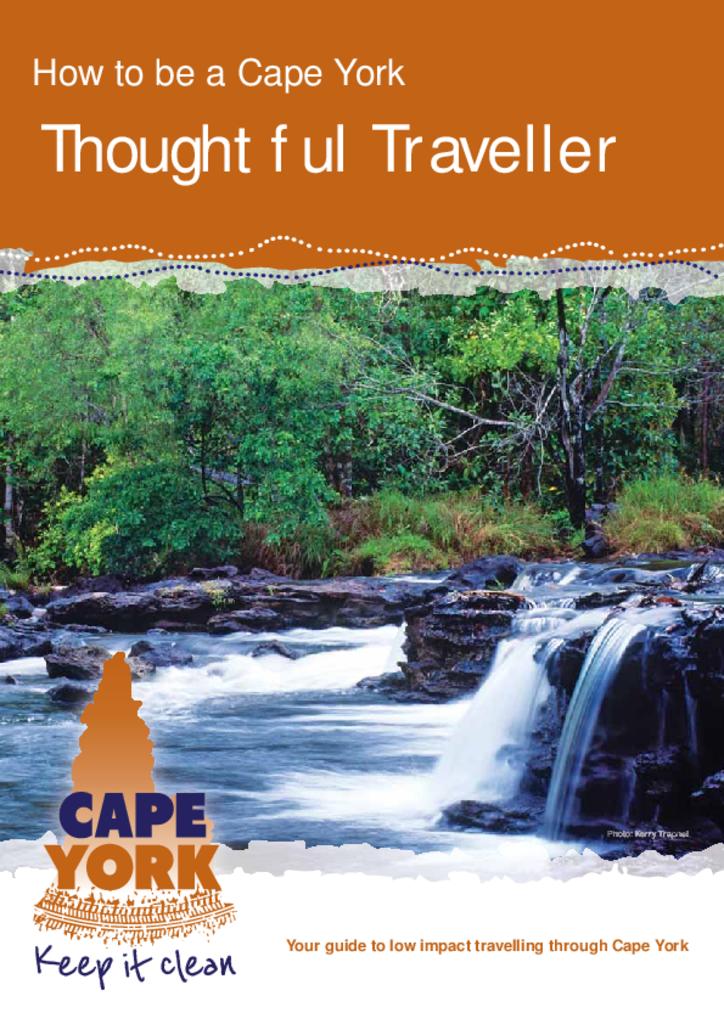