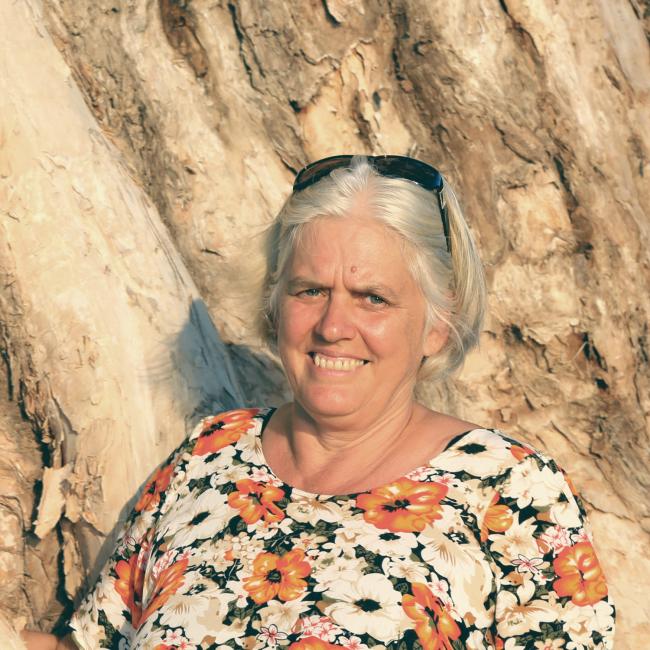 Waratah Nicholls arrived in Far North Queensland in the early 80's for a Bungle in the Jungle at Bloomfield and fell in love. Her piece of paradise is in Mungumby Valley - a stones throw from the famous Lions Den Hotel.

Waratah is an artist, teacher and community worker. Through her work, her passion and her kindness, Waratah has left her mark in art galleries, communities and hearts across Cape York Peninsula. She's currently coordinating the 'Gateway to the Cape' - a concept to develop a visitor stop in Lakeland, promoting environmental awareness for travellers.

Since she's lived on Cape York, Waratah has raised two boys, worked from Bamaga to Bloomfield in schools and communities, lived off her land, and managed major community arts projects. She's a dynamic, inspiring woman - we hope you enjoy her story.