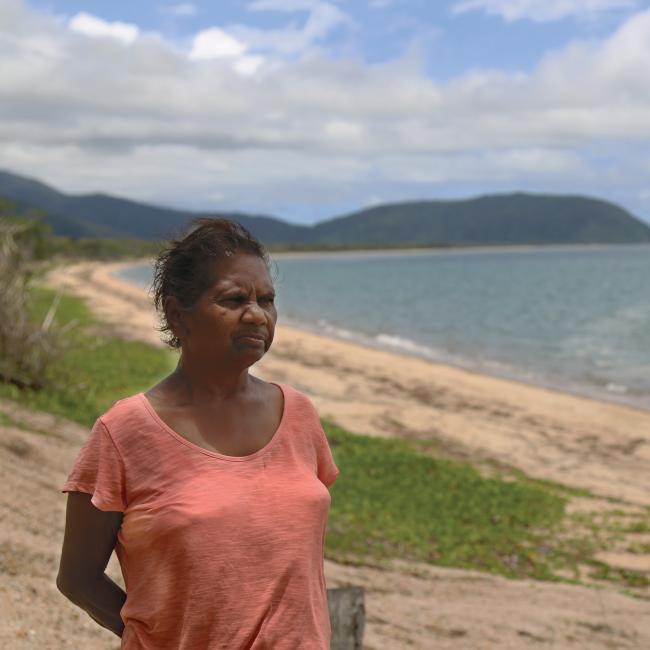 Marie Shipton lives in Wujal Wujal and is a Traditional Owner from the area. The interview is recorded on Country at the mouth of the beautiful Bloomfield River, in the company of a patrolling crocodile.

Marie talks about growing up on the river, before being moved to Wujal Wujal by the Lutheran Church, and shares stories about her family, culture and life in the place where the rainforest meets the reef.

These days Marie works to preserve and share the stories and culture of her Country, as a Cultural Officer at Wujal Wujal Aboriginal Council.