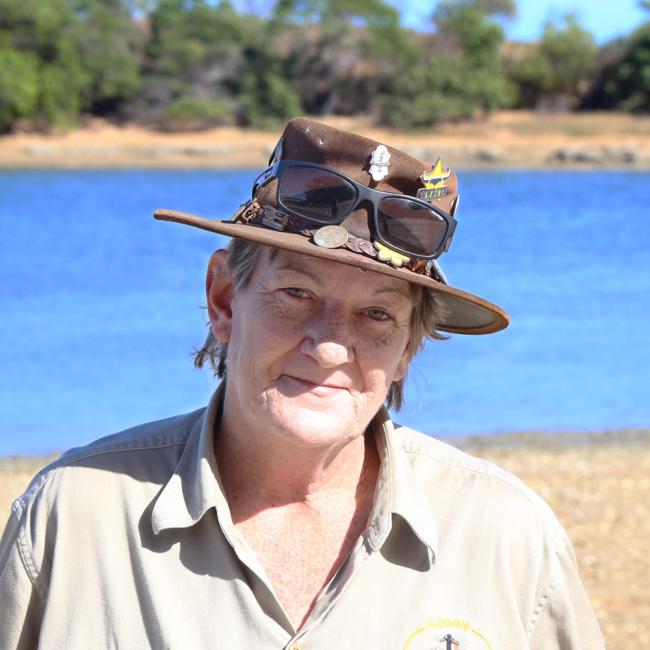 Louise Stone has lived a colourful life.  She grew up on dairy farm on the Atherton Tablelands and has travelled Australia's east coast in horse and buggy. Louise can play almost any musical instrument she picks up, sings like a songbird and she once went on tour with Ester King from the Platters. She has a fascinating career working in Aboriginal communities in Queensland and Northern Territory, training Rangers in Conservation and Land Management. Until late last year, Louise was the Ranger Coordinator with Mapoon Land and Sea Rangers.  Cape York NRM spoke with Louise during the 2016 'Turtle Camp' where the rangers monitor endangered sea turtles on a remote beach of western Cape York.