A remote sand cay off the north east coast of Cape York, Milman Island became a centre of activity during the annual turtle census in summer 2018/2019. Led by the Queensland Department of Environment and Science, turtle monitoring on Milman Island has been a regular event on the turtle calendar since 1991 when it was first established as a representative monitoring beach for northern Queensland hawksbill turtles (Eretmochelys imbricata).

A range of scientists, researchers, volunteers and students took part in this year’s monitoring activities, most of which occurred under moonlight. All turtles coming ashore to lay their eggs were recorded using unique flipper tag numbers to assist in population size estimates. Participants also dug up and assessed the contents of hatched nests to determine hatchling emergence success rates.

Monitoring conducted on Milman Island over the past 28 years indicates a significant decline in hawksbill turtle nesting and formed the basis for the Queensland Government upgrading the status of the species from ‘Vulnerable’ to ‘Endangered’
in 2017 (Nature Conservation Act, 1992). While hawksbill turtles nest and feed in waters of the Great Barrier Reef, they also nest, migrate and
feed in other parts of the State and neighbouring countries, such as Papua New Guinea and the Solomon Islands. Key threats to hawksbill turtles across their distribution include unsustainable and illegal take, nest predation, ghost net and marine debris entanglement, and the impacts of climate change.

This year the annual Milman Island survey ran for an extended 12 week period (January to March 2019) to accommodate an additional climate adaptation research project being conducted
by Melissa Staines from the University of Queensland, in partnership with WWF Australia and the Queensland Government. Koala, an Australian designed furniture company which has sustainability embedded in their mission, provided the major sponsorship for this project. The Sea Turtle Foundation also contributed a small grant.

Climate change is driving an increase in global temperatures, including the temperature of the sand in which marine turtles lay their eggs. The sex of marine turtles is determined by sand temperature during incubation, with warmer sand producing more females and cooler sand producing more males. With the increase in sand temperatures on nesting beaches, a corresponding increase in the proportion of female turtles is expected. If this process continues, it may eventually result in an all- female population, and the subsequent inability of a population to reproduce.

A recent study of the northern Great Barrier Reef (GBR) population of green turtles (Chelonia mydas) nesting on Raine Island (approximately 65 nautical miles to the south-east of Milman Island) found that female turtles currently outnumbered male turtles by at least 116 to 1. The study concluded that “the northern GBR green turtle rookeries have been producing primarily females for more than two decades and that the complete feminisation of this population is possible in the near future”1.

The aim of the research project carried out on Milman Island was to determine the best method
to reduce sand temperature of the nests, which could then be adapted to nesting beaches with populations experiencing feminisation to re- establish a more natural gender ratio. Several different methods were trialled to cool the sand temperature of sea turtle nests, including the use of artificial and natural shade structures, and seawater irrigation.

The green turtle nesting recorded on Milman Island was significantly lower during the recent 2019 monitoring census, with a mean annual nesting density of only 52, compared to 182 greens per year recorded for the previous four nesting seasons. This was an unexpected result, given the high density seagrass available and favourable climatic conditions that north Queensland had been experiencing.

The results of the nesting cooling project will be released by WWF Australia in the coming months and will have important implications for managing the impacts of climate change on nesting marine turtle populations on Cape York into the future.

Thanks to Dr Ian Bell (Queensland Department of Environment and Science), Christine Madden Hof (WWF Australia) and Melissa Staines (University of Queensland) for their contributions to this article. 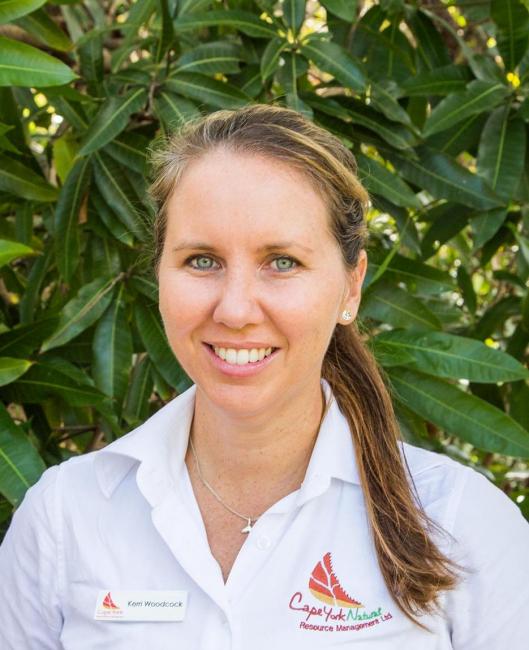