This report summarises information about the structure, floristic composition, and areal extent of the present vegetation on the Cape York Peninsula in 1994. In the report 21 structural formations in flora were recofnised, with woodland and its various subsidiaries being the most common and widespread formation. Closed forests only covered approximately 5% of the Cape York Peninsula.

With regards to the mapping aspect of the study 201 map units were recognised for natural vegetation with a further six for distrubed vegetation. From the 201 map units 30 broad vegetation groups were created and information was extrapolated by intersecting entered vegetation coverage on the CYPLUS GIS. The vegetation of the Cape York Peninsula was predominately dominated by Eucalyptus Spp. woodlands, open woodlands, and open forests which cover approximately 64% of the total study area. 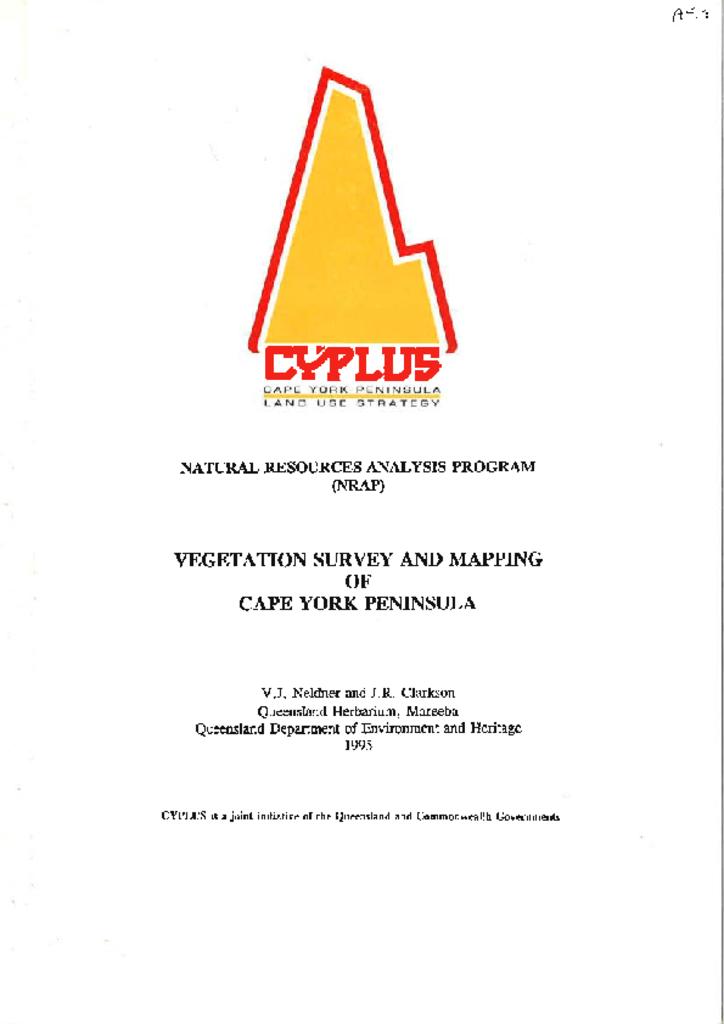