The land on the Cape York Peninsula has historically been utilised by different cultures for different uses. Aboriginal land use was managed by a complex set of cultural practices involving some ecological manipulation (principally by fire) and a degree of active resource replenishment. Torres Strait Islander land use involved a similar manner of management as the Aboriginal people, with Torres Strait Islanders using the islands and waters of the Torres Strait in accordance to a complex set of cultural practices involving resource mangement. Non-indigenous land use has involved waves of settlement begining in the 1870's with miners and pastoralists with residential communities which fluctuated in size and location according to mining prosperity. In recent years conservation as a land use has become more significant.

The land and natural resources on the Cape York Peninsula were cosnidered to be of economic value as they support a wide range of economic activities. These economic values were estabished as tourism and recreation values, mineral values, agricultural values, aquacultural values, forest values, fishing values, nature conservation values, Aboriginal and Torres Strait Islander values, and other values (including defence force use). The Gross Regional Product (GPR) of the CYPLUS area in 1991-92 was $303 million with the most siginificant industry.

Constraits to the expansion of land use and various econimic activities were identified by the report including; fluctuation in demand, loss of access to land resources, loss of resources due to overuse or non-sustainable practices, lack of industry infrastructure, low resource productivity, high cost of resource utilisations or management, and a lack of investment capital.

The CYPLUS report establishes various possible expansions of the then current (1995) land use of Cape York within the previously established economic values while also raising the issues regarding non-sustainability of this land use including land degredation, loss of habitat, and the destruction of cultural sites.

The key policy issues established by the report were examples of non sustainable management of resources, competition for resources or land, infrastructure issues inluding poor quality of transport links, and the need for a systems based planning approach. 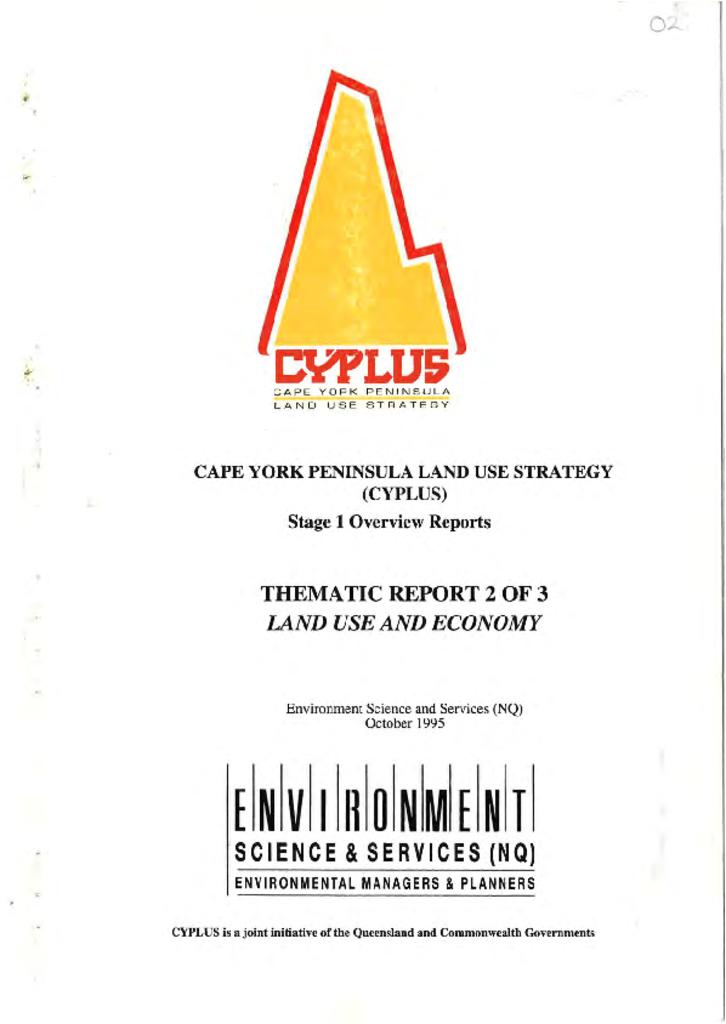