This report was commisioned by CYPLUS and brings together published material on fire that is of relevance to the Cape York Peninsula. The report includes information on the characteristics of fire, sources of fire, the environmental effects of fire, attitudes of fire, how fire is used in the major land-use systems and the regulations and responsibilities associated with fire.
Aboriginal people have used fire as part of their land management practices for thousands of years and fire has since been adopted as a land management tool by pastoralists and National Park managers alike. Modern technology has seen the tools used for lighting fires shfit from flints and fire sticks to matches, drip torches, and aerial incediaries.
The report found that the majority of fires on the Cape York Peninsula are grass fires that are first lt as the dry season sets in and the grasses dry out. The fire seaosn begins earlier in the south than in the north. The first fires were found to be cool and patchy, extinguishing within a few hours of ignition. Fire removes and realeases nutrients necessary for plant growth, especially for tropical ecosystems. There is little evidence to suggest that fire regimes cause long term soil degradation.
While fire may kill or disadvantage native wildlife within the burn area, many species require fires in order to effectively gather food, find shelter, and disperse and establish new territories. Fire is often used by pastoralists to maximise cattle production and as an aid in controlling and locating large numbers of stock.
The report found that of a major concern to most people with an interest in Cape York is the prevalance of widespread late dry season fires. Networks of artificial and natural barriers married with large areas of early season fuel reduction burns appeared to be the most effecive way to restrict the movement of such dry season fires.

This data file or resource can be downloaded from: /sites/default/files/2020-07/fire_on_cape_york_peninsula.pdf 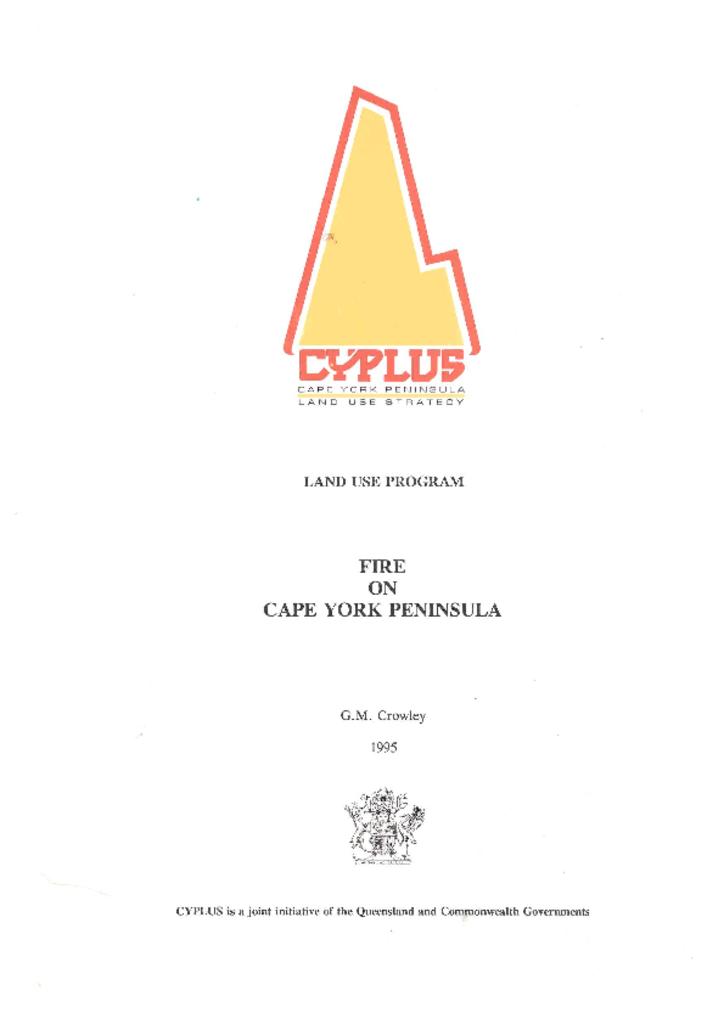