Plan for the recovery of the southern cassowary

The southern cassowary (Casuarius casuarius johnsonii) occurs primarily in rainforest habitats but can also be found in woodlands, swamps, and disturbed vegetation forraging for fruits throughout the Wet Tropics. The species has been classified as endangered for some time under both the Commonwealth Environment Protection and Biodiversity Conservation Act 1999 and Queensland Nature Conservation Act 1992.

This plan aimed to improve the conservation status of the cassowary through a number of actions. Those actions included completing the mapping of cassowary habitat and movement corridors, minimsing the impact of road deaths and feral animals, developing cassowary local area plans, establishing a rescue, rehababilitation and release program, reasearching the genome of the cassowary population around Mission Beach, and implementing surveying and monitoring actions to increase the knowledge base on known and potentially unknown cassowary populations.

This data file or resource can be downloaded from: /sites/default/files/2018-09/sth-cassowary.pdf 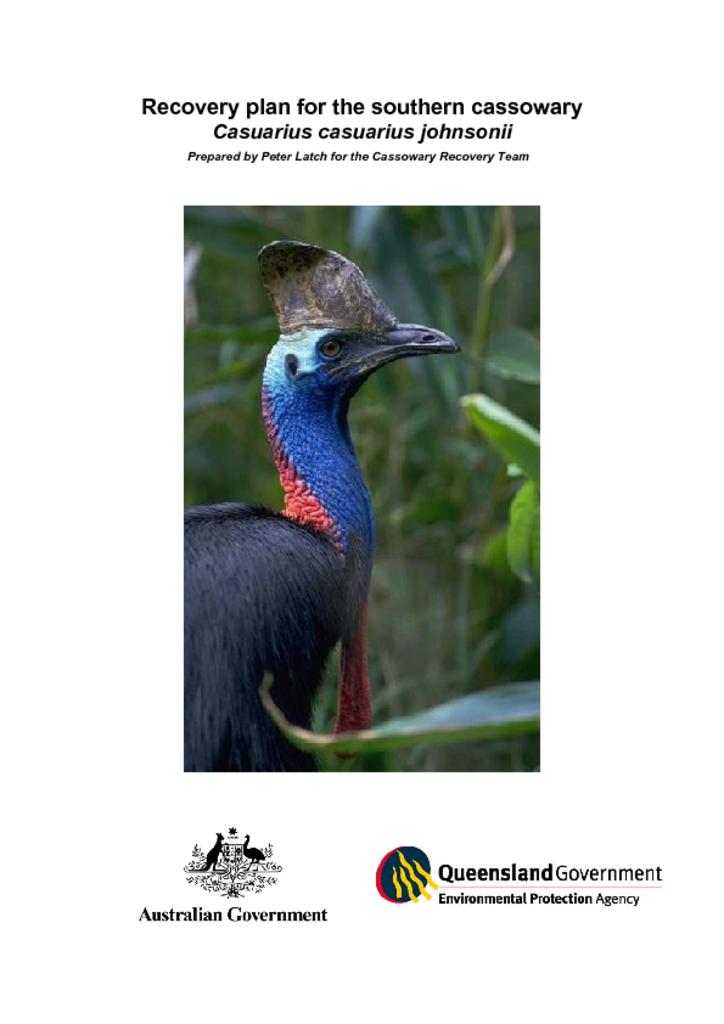