This newsletter is the fifth Cape York Healthy Country newsletter to be released by Cape York Natural Resource Management, being released only a month after its predecessor. The articles contained inside focus on a number of NRM related events, circumstances, and general information directed wholey at the people of the Cape York Peninsula. Two articles on weed control can be found in the Newsletter, one focusing on the actions of Cape York Weeds and Feral Animals program in eradicating Rubber Vine over the containment line at the time, the other focused on the practical course component of a 'remote area weed management' course where students learned the basal bark method of Lantanna control as part of Weed Buster Week with South Cape York Catchments. An article on sediment run off and the formation of alluvial gullies on the Cape looks at potential monitoring and real world management practices for landholders dealing with alluvial gulleys. As part of South Cape York Catchment's and Cooktown State School's Scientist's in Schools program secondary school students were taken into the field to undertake various studies including pest fish surveys, water quality monitoring, and wildlife surveys. This newsletter contains an article on page 5 elaborating on the work of South Cape York Catchments and the Cooktown State School's Scientist's in Schools program from July 2007 to Octoer 2011. 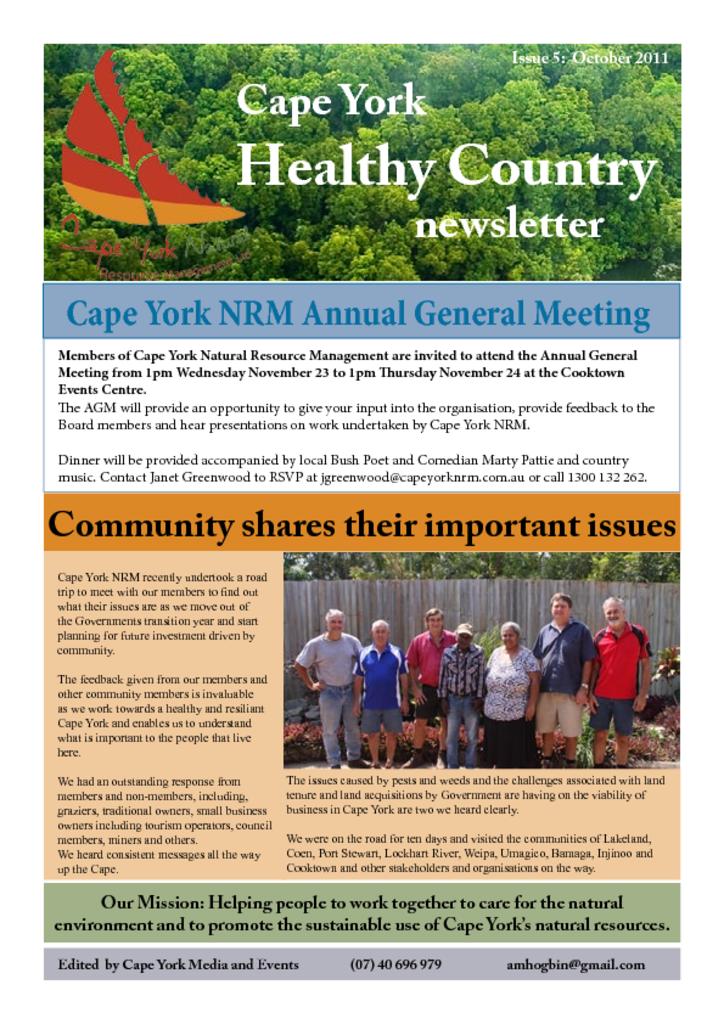