This is the third edition of Cape York Natural Resource Management's Cape York Healthy Country Newsletter, released in August of 2011 and speaking to the people of a region with a then uncertain future about climate change, and the legislative impacts of goverment policies on carbon trading, mineral resources, land tenure, and conservation. Articles include that on the then upcoming Live Export Forum, a controversial issue at the time, as well as on the forward movement of Lakeland's agricultural sector. At the time Cape York Sustainable Futures were performing work aimed to increase the water quality of the Great Barrier Reef Lagoon and Cape York Natural Resource Management had appointed a new Executive Assistant, Janet Greenwood. Two articles on the work Cape York Natural Resource Mangement was undertaking at the time elaborate on conservative measures for riparian vegetation and improving the resilence of the critically endangered coastal vine forest ecosystem as well as the funding of the feral pig cull as part of the Cape York Weeds and Feral Animals Program. Laura Rangers also organised a cultural plant awareness day as part of World Environment Day and saw the sharing of tradition knowledge when fifteen plans with medicinal, nutritional or material value were identified by Elders as well as explaining their use and perperation to the children of the community. The children's excursion was part of a South Cape York Catchments and Laura Rangers project to maintain traditional knowledge and allow tourists insight into Aboriginal culture by erecting signs identifying culturally significant plants and their uses. 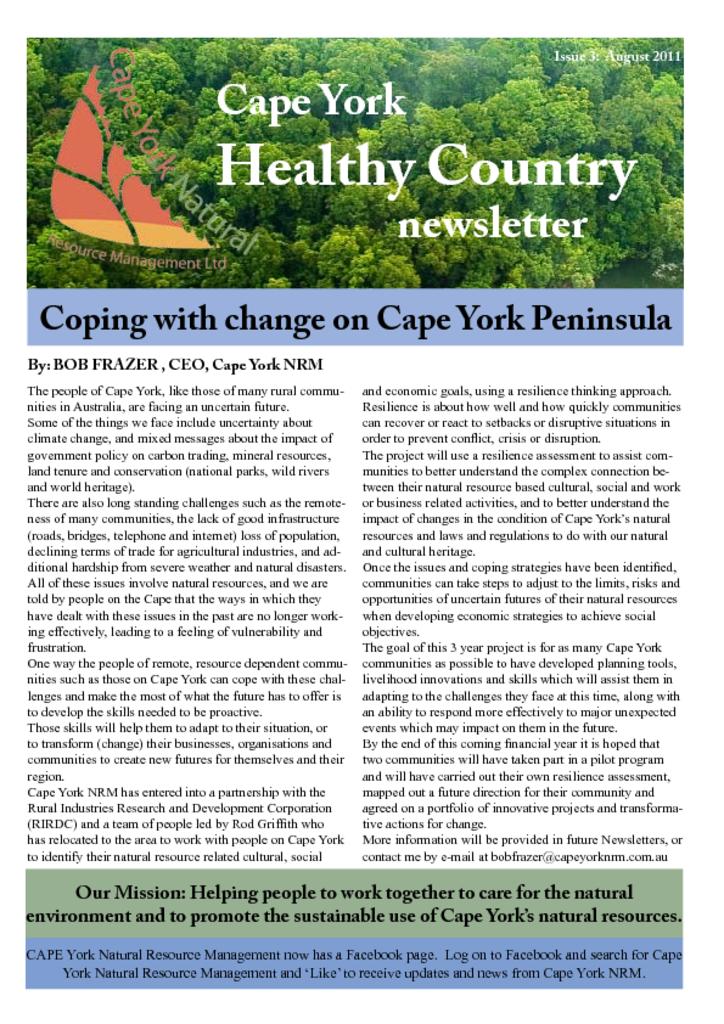