Reports on activities including fencing to allow conservation management of parrot habitat, and surveys of nesting sites. Contraction of the eastern edge of the parrot's habitat was found to be continuing in 1996 and 1997, but the remainder of the population appeared to be stable.

This data file or resource can be downloaded from: /sites/default/files/2018-09/Golden-shouldered-Parrot-Newsletter-Antbed-8.pdf 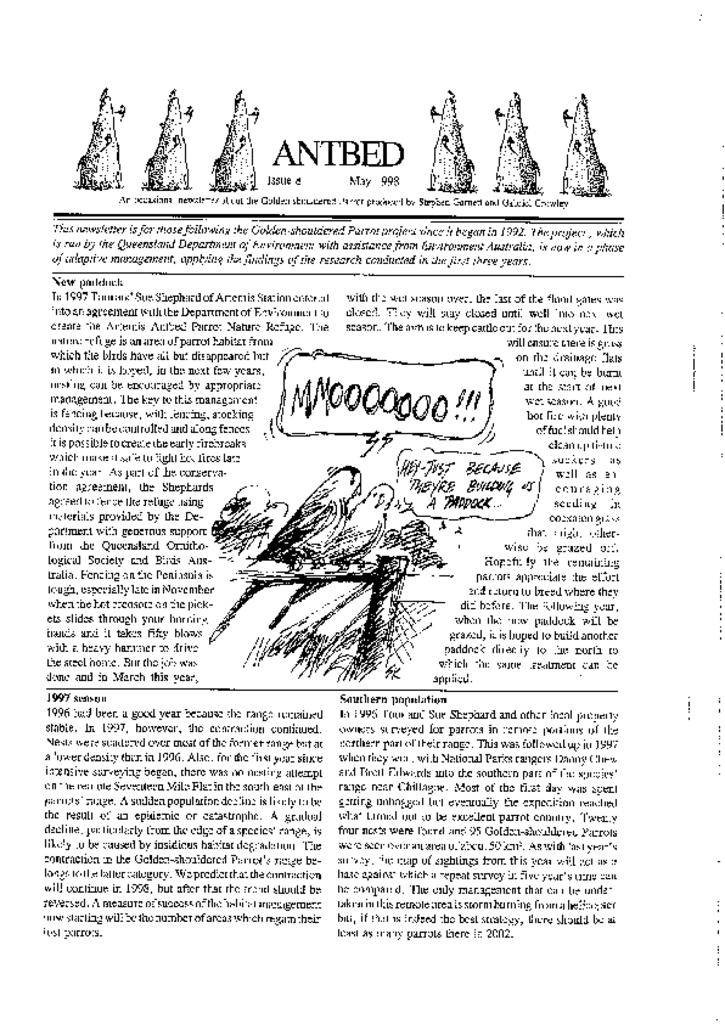