This report documents the findings from a five day field trip to Violetvale Station in the Normanby drainage basin of eastern Cape York. In anticipation of large scale fencing-off of wetlands, the main focus of this study was to document aquatic biodiversity, primarily fishes; and to a lesser extent crustaceans, aquatic reptiles and waterbirds. It also served to provide some context in terms of basic water quality records from the wetlands on the property.

Surveys targeted four large wetlands across Violetvale Station in the Saltwater Creek catchment, but also included opportunistic surveys at a further seven sites (comprising small in-channel waterholes and floodplain wetlands) on the property. Across the eleven sites surveyed, a total of 18 fish, 2 aquatic reptile, 8 aquatic macroinvertebrate and 16 waterbird species were observed. Estuarine crocodiles were recorded from each of the large wetlands with a maximum count of two individuals in the most downstream of the large wetlands. Juvenile barramundi were caught in low numbers and in good condition at three of four main wetlands. Turtles were not caught at any sites, although the shell of a turtle was found on an earlier pilot study. Large aquatic beetles (Dysticids) were found in high abundance in all four large wetlands. 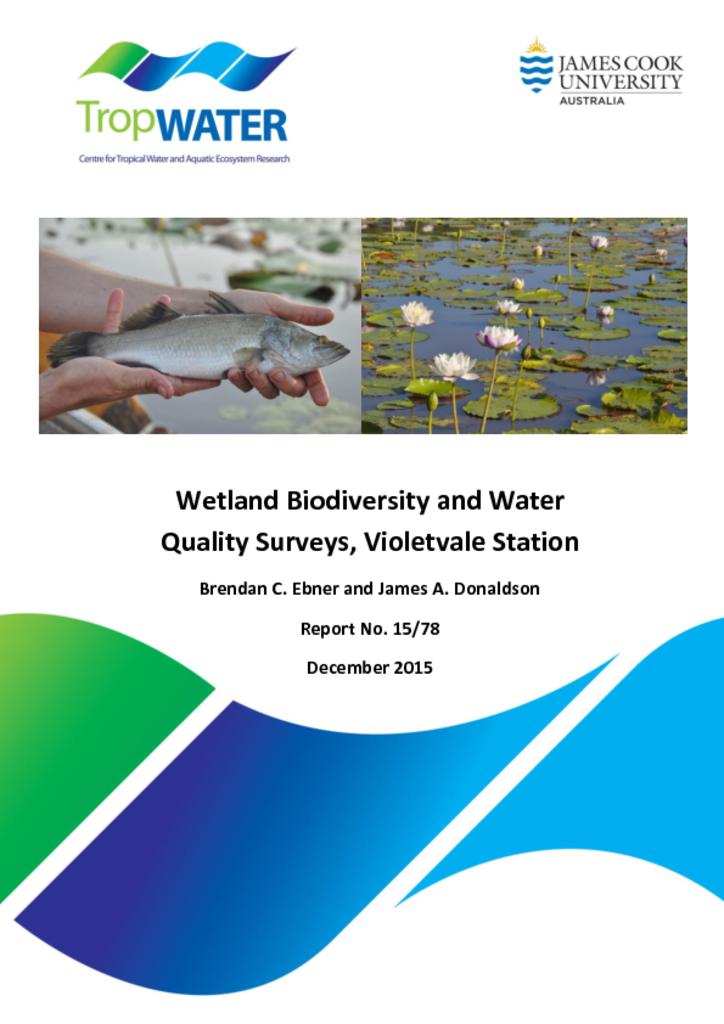