This is the 6th edition of the Cape York Healthy Country Newsletter released by Cape York Natural Resource Management only a month after the October edition. This issue looks at a three year carbon project initiated in late 2011 by NAILSMA which focussed on landscape scale emissions reductions on the Western Cape York Peninsula central Arnhem Land, the Gulf of Carpentaria and the Kimberley Region of Western Australia. An article written by Program Manager Peta-Marie Standley outlines the then recent achievements of the organisation within the Cape York Peninsula. Smaller articles on the Cape York Water Forum and Ranger Conference and the pharmacological investigation of WIK phytomedicines can be found towards of the end of the Newsletter. 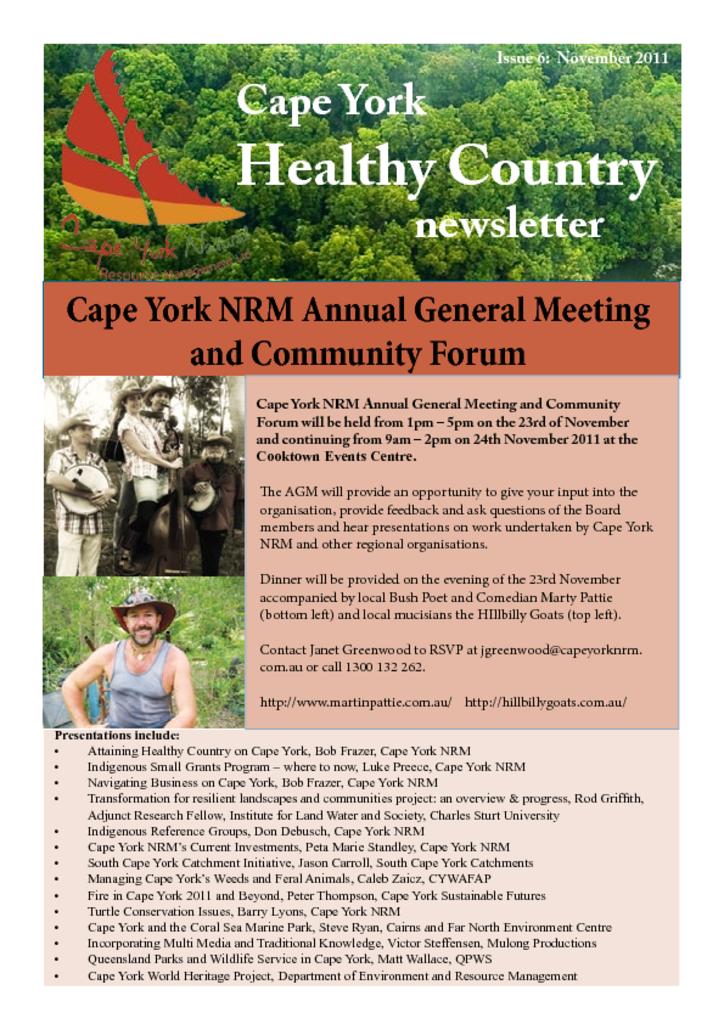