The Conservation and Natural Heritage Assesment Project was one of the 24 projects undertaken as part of the CYPLUS Land Use Program. The aim of the tasks undertaken by the Queensland Department of Environment and Heritage had been to anylyse natuyral resource information gathered by the SYPLUS Natural Resources Analysis Program using a CAR (comprehensiveness, adequacy, and representativeness) approach. The first part of the CAR analyisis analysed the extennt of 181 seperate exosystems (vegetation mapping units) and at the time of the report 79 were considered inadequately conserved. Part of the CAR analysis was classifying the region on the basis of fauna and habitats were associated into 22 faunal zones. A substantial portion of seven faunal zones was contained within protected areas. In other areas important habitats constitute only a small portion of the total zone or it was considered that fauna can be maintained under then current management practices.
The report indentified certain areas where conservation should be the primary land use or should at least be an important consideration in land management. These areas of concern include; three coastal strips and five estuarine environments, the dunefields of the east coast, part of Bativa Downs, Glennie Tableland, Localised patches of several types of rainforest, a small area containing Jedda Multicaulis, localised occurences of natural grassland, broad areas containing Eucalyptus setosa, lancewood Acacia Shirleyi, and the Darwin Stringybark forest of "The Desert", and finally the Wenlock and Archer River corridors which were seen to provide west-east corridors for rainforest species. 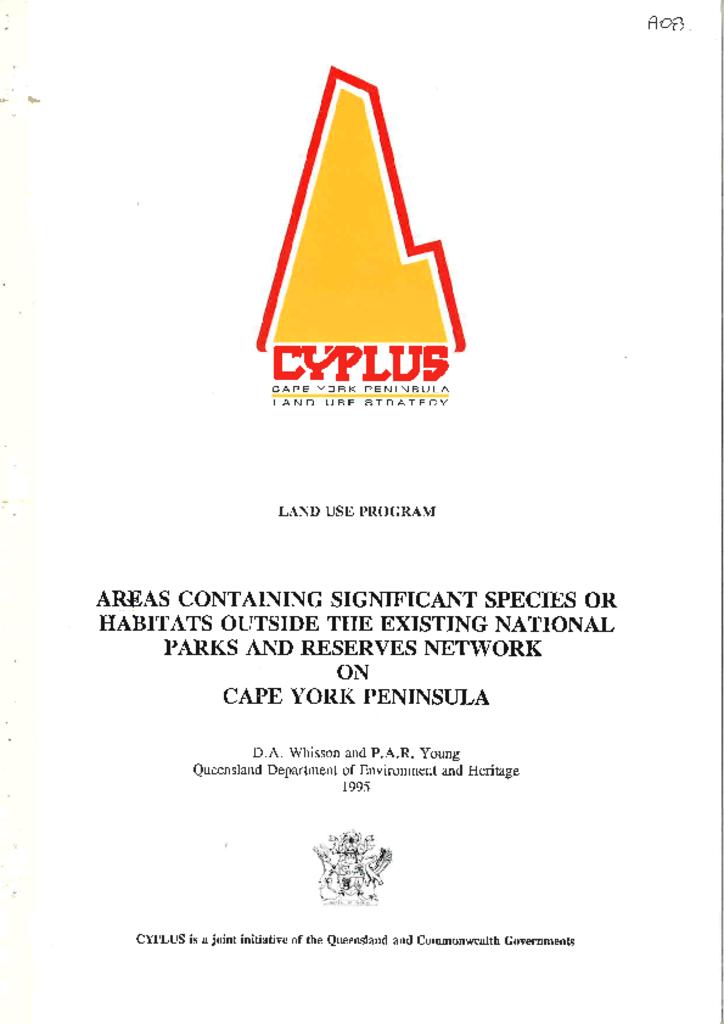