After another long year Issue 16 of Healthy Country newsletter was realeased in December 2013, offering a seasons greetings to all readers.

Issue 16 looks at numerous natural resource management and conservation efforts around the Cape such as the consideration of world heritage listing for certain areas of the Cape York Penininsula and the undertaking of at the time the only inshore dolphin survey of Princess Charlotte Bay performed by JCU and the Lama Lama rangers. The Lama Lama rangers also celebrated the accredition of the Lama Lama Traditional Use of Marine Resource Agreement on July 8 2013. This issue also interviews the managers of the Steve Irwin Wildlife reserve, Barry and Shelley Lyon following the Newman goverments assurance of protection for the area, looks at a 25 kilometre stretch of beach between Janie Creek and Pennyfather where Mapoon rangers had been working day and night to remove debris and eliminate threats to turtle nestin, and reports how a young landcarer Ryan Jackson from Wolverton station was sent to Warwick with his mum Emma learning about the natural systems of the environment and how they work. 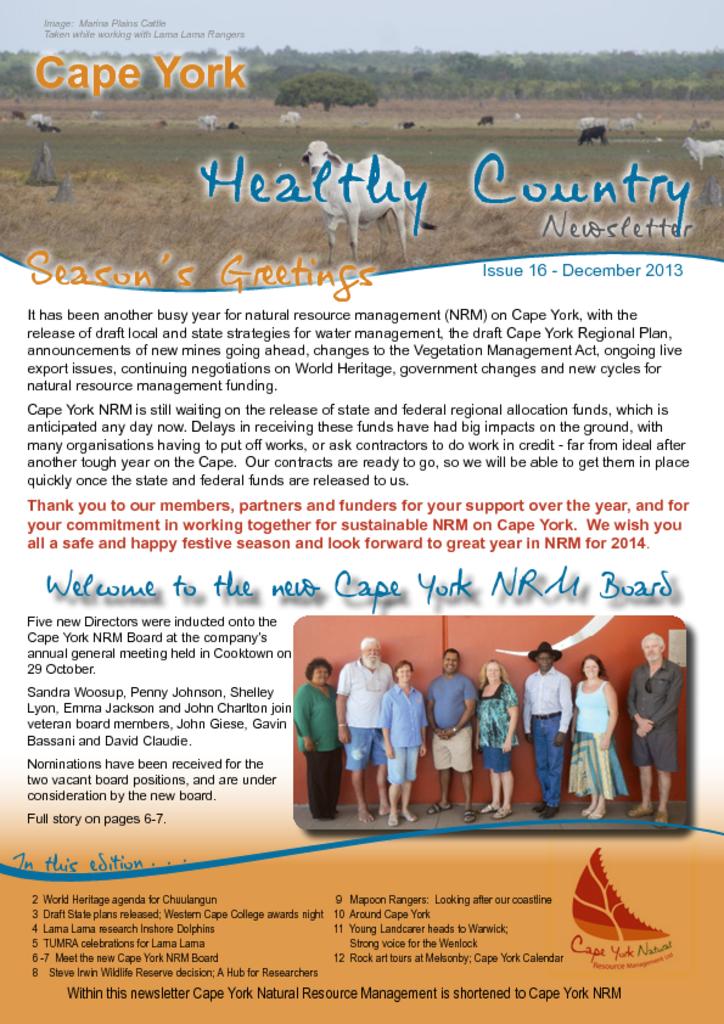