The Northern Bettong has been classified as endangered under the Queensland Nature Conservation regulation 1994 for some time and thus this plan was produced by the Natural Heritage Trust, Queensland Environmental Protection Agency, and Queensland National Parks and Wildlife Service in 2001 in an effort to protect the species. The ultimate goal of the plan was to halt the decline of then current populations of Northern Bettong as well as growing the existing populations while also establishing new Bettong populations in suitable locations. The actions intended by the plan in order to protect existing Bettong populations were to reduce the impact of introduced predators such as cats and wild dogs, to manage the habitat of known populations with the ultimate aim of conservation, and to develop public support for the program with the aim of increasing the involvement of volunteers and the general community.

This data file or resource can be downloaded from: /sites/default/files/2018-09/northern-bettong.pdf 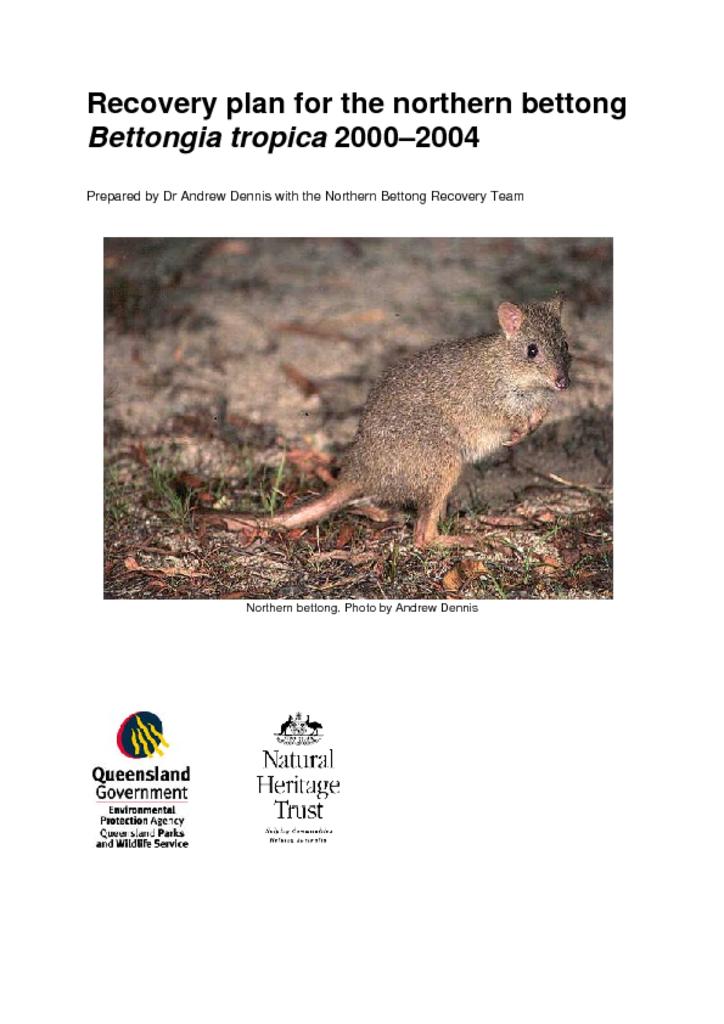