This brilliantly coloured bird is found in both the Cape York and Northern Gulf Management units where it inhabits savanna woodlands. Although once common and widespread across the two regions, the golden shouldered parrot has seriously declined in number and range over the past century. 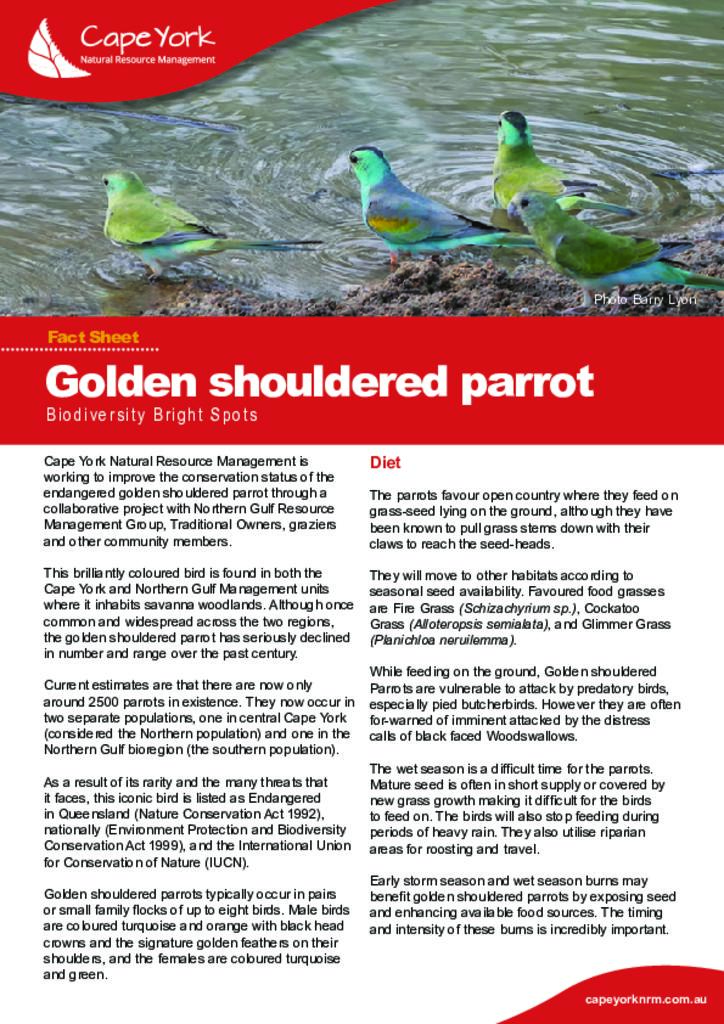