As part of the Natural Resources Aalysis Prgoram the Fisheries Division of the Queensland Department of Primary Industries mapped the marine vegetation (mangroves and seagrasses) for Cape York Peninsula from July 1992 to June 1994 with field work undertakein in November 1992, May 1993, and April 1994.

The data set was applied to the Fisheries Reserves planning and a preliminary assesment was made on the marine vegetation communities within [then] current wildlife reserves as well as identifying communities which are not within said reserves. The project found the the boundaries of Fishing Reserves should be reassesed, that several regions should be investigated for their potential as Fisheries Reserves, that satellite remote sensing and GIS technology continue to be used as a cost effective tool for mapping and monitoring, that for large projects cooperation between agencies is continued to be sought for the sharing of data, and that during the land sue planning process areas of marine vegetation are recognised as wetland habitats of importance to fisheries. 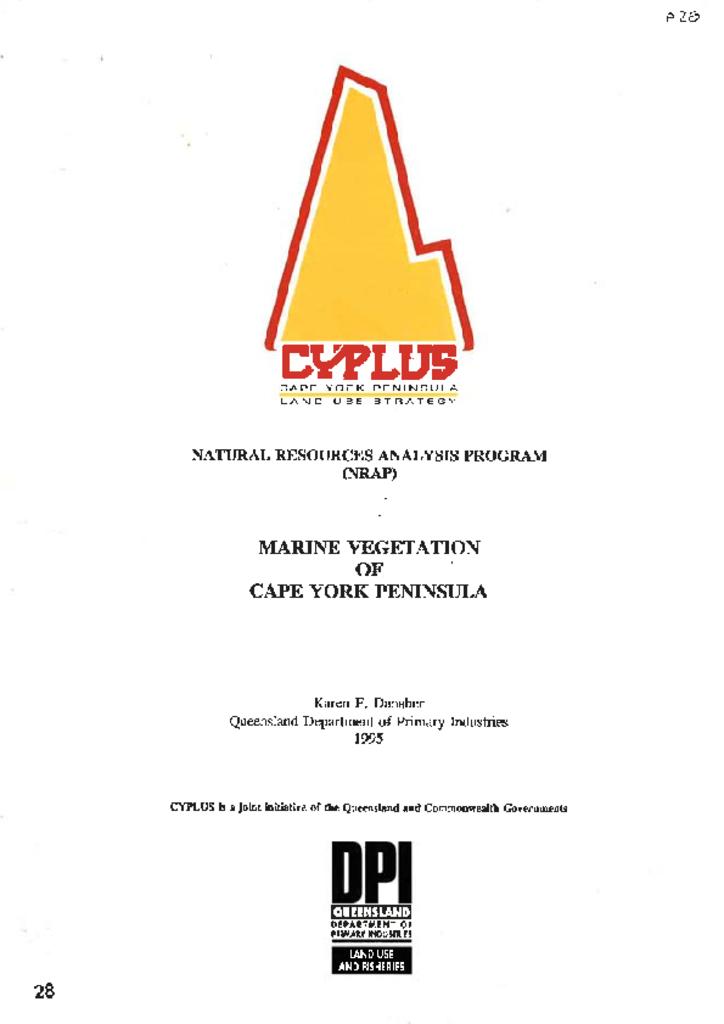