This plan was released in July 2003 by Environment Australia in consultation with the Marine Turtle Recovery tean. Unlike the other threatened species plans, a limited understanding of turtle populations at the time meant that this plan adopted a threat reduction based approach to turtle consevation. The different conservation approach meant all actions undertaken as part of this plan were to reduce the level and impact of threats to turtles, lowering the mortality rate throughout their lifespan and consequently having a positive impact on marine turtle populations.

This data file or resource can be downloaded from: /sites/default/files/2018-09/marine-turtles.pdf 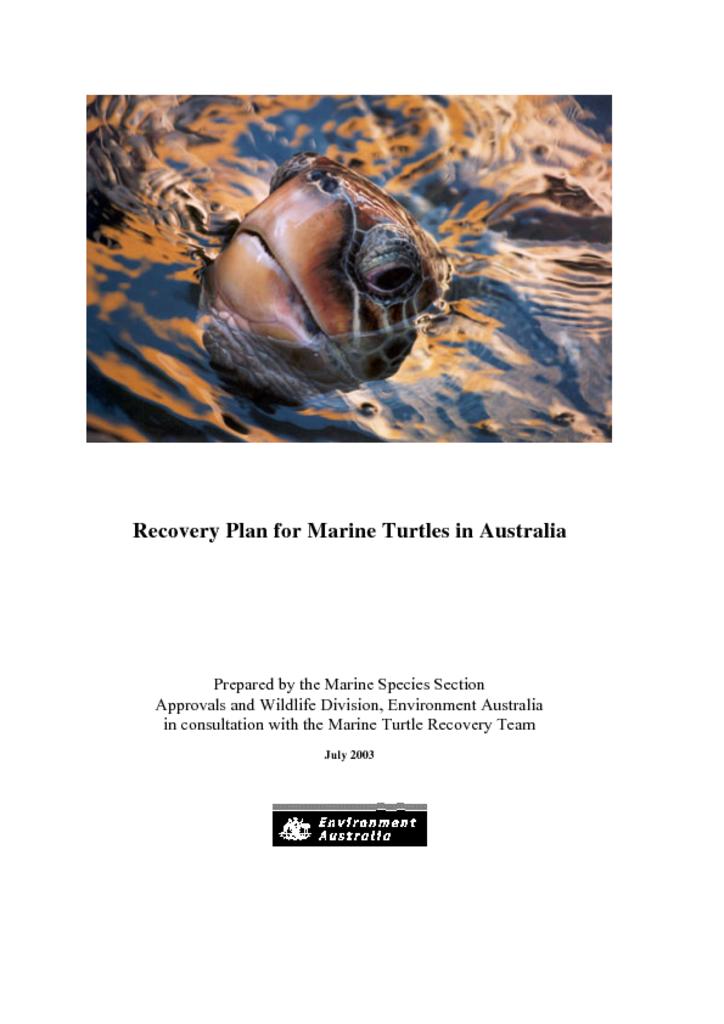