Prior to the release of this report there was a poor knowledge of tropical freshwater ecology in Australia, especially on the Cape York Peninsula. The report found that West coast rivers were generally intermittent with large catchment areas and flows which fluctuate according to the monsoonal climate. Four general habitat types were covered by this study; savannah flood plains, wet tropics. dune fields, and perennial flood plain rivers. Recreational fishing was found to be poplar and widespread across Cape York with commerical fishing occasionally occuring in estuaries but rarely in fresh water with the exception of Lakefield and the Archer river. The aims of this study were to document native aquatic species distribution, habitat preferences, and establish a database and Geographical Information System in order to identify ares of biological significance. 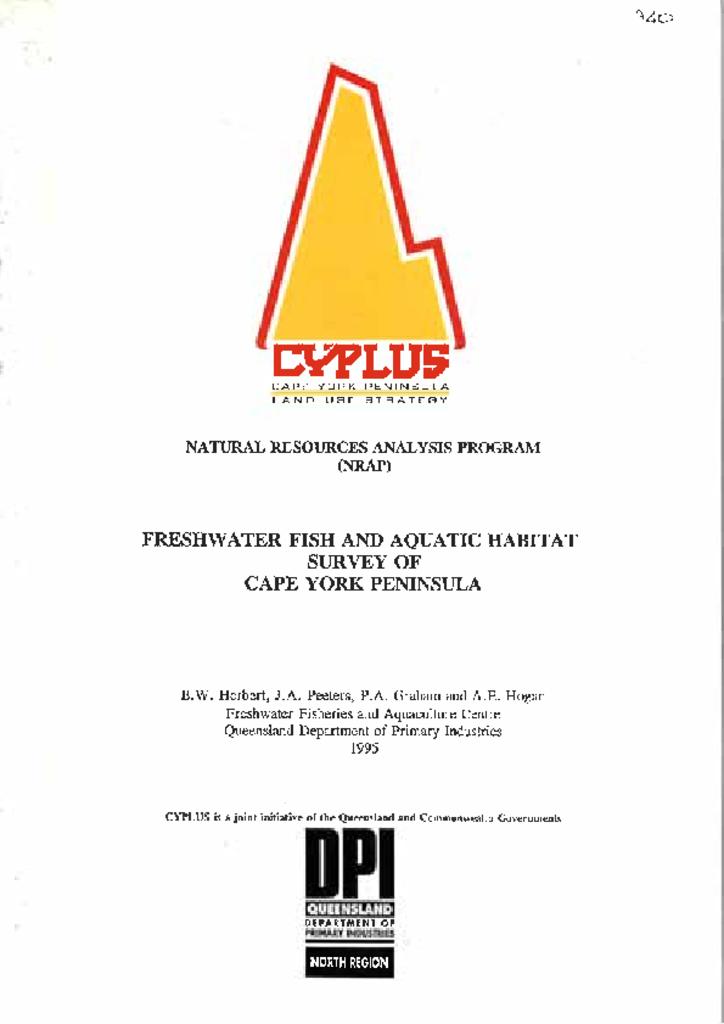